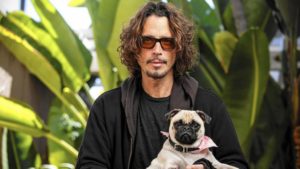 The plot thickens. It turns out that Chris Cornell was indeed against the “Illuminati” occult agenda.
TMD has learned today from a source that Chris was allegedly going to help expose the goings-on in Mena, Arkansas, where it’s been alleged that a cocaine and child trafficking ring tied to the Clinton’s has been operating.

Let’s not forget their long known association with the perverted Anthony Weiner. He is the husband of Huma Abedin, who is Clinton’s top aide. Weiner himself as of yesterday plead guilty to sexting with a minor and he now faces prison time. His wife filed for divorce.

The biggest theory floating around the internet is the monsters behind “PedoGate” allegedly marked Chris for assassination due to his work with ‘sexually & physically abused kids’ via several foundations.

Let’s back up a bit first. A man who worked under Hillary Clinton at the State Department named Howard Gutman, Ambassador to Belgium, was busted for having sex with children in 2013, but it was all swept under the rug. That’s a fact. Never heard of him on the mainstream news, huh?

In 2010, Laura Silsby was arrested at the Haitian border attempting to smuggle 33 children out of Haiti.

In the Virgin Islands resides an alleged secret hideaway for the child trafficking ring nicknamed “PedoIsland”, where billionaire child sex offender Jeffrey Epstein and the Clintons have reportedly been known to take trips back and forth together to this spot with Hollywood celebrities.

According to the public record, Laura Silsby was smuggling kids out of Haiti from the very orphanage that was run by Comet Ping Pong pizza shop owner James Alifantis’ lawyer Max Maccoby and his father Micheal Maccoby. Remember, Pizza Gate? It doesn’t seem like FAKE NEWS any longer, does it? 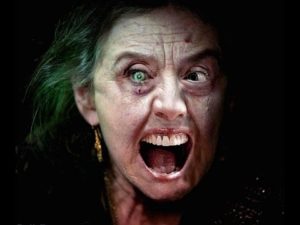 Bill Clinton’s firm, Arkansas Development Finance Authority, has allegedly laundered drug-money for years. $10 million dollars worth of cocaine a week was flying into Mena Airport in Arkansas during the nineties. The money was alleged to have been laundered via ADFA to a bank in Florida, to a bank in Georgia, to Citicorp (Rockefeller) in New York, and from there it was transferred out of the country.

Clinton’s best friend, Dan Lasater, led the operations. Lasater and Bill Clinton’s brother, Roger Clinton, later spent time in jail due to drug related crimes. The Chief of Police in Arkansas at that time, Doc Delaughter, said he had more than enough information from many persons in Lasater’s surroundings, on how they smuggled drugs and abused young girls sexually.

Just recently the late Seth Rich’s parents hired a private detective and already on Fox 5 news it was broke that the Police officer Robinson who was at the scene of Rich’s murder last July went in fact to Georgetown University where John Podesta taught and, Robinson’s sister worked for Hillary Clinton. 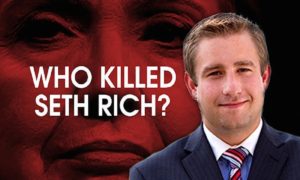 Seth Rich was the guy who leaked the “PedoGate” emails. Trump fired Comey because he was compromised (evidence that Comey was also one of Jeffrey Epstein’s occasional playmates). Since the election, there has been over 4,000 pedophile arrests in USA, during 2014 (Obama) had only 400 for the entire year.

This is why many fans around the world believe Chris Cornell may have been ambushed in his hotel room after the concert where the assassins murdered him and the death scene was staged to look just “Like Suicide”.

According to his wife, security operative Jerry Parks delivered large sums of money from Mena airport to Vince Foster at a K-Mart parking lot. Mrs. Parks discovered this when she opens her car trunk one day and finds so much cash that she has to sit on the trunk to close it again. She asks her husband whether he is dealing drugs, and he allegedly explains that Foster paid him $1,000 for each trip he took to Mena. Parks said he didn’t “know what they were doing, and he didn’t care to know. He told me to forget what I’d seen.”. Later Evans-Pritchard will write, “Foster was using him as a kind of operative to collect sensitive information on things and do sensitive jobs. Some of this appears to have been done on behalf of Hillary Clinton. Foster told him that Hillary wanted it done. 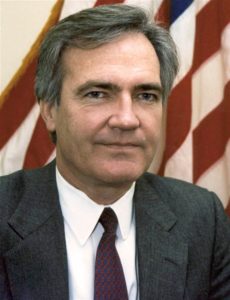 Foster was later found dead from an apparent suicide.

Next Hillary Clinton quietly lobbies on behalf of the Contras and against groups and individuals opposing them. Bill Clinton’s close associate Dan Lasater’s parties become known around Little Rock for the availability of cocaine and women.

In 2008, Hillary Clinton’s private eye, Anthony Pellicano is sentenced to 15 years in prison after being convicted, reported the Washington Post, “of conspiring to run a criminal enterprise that employed illegal wiretaps to dig up dirt on the rich and famous on behalf of his elite Hollywood clients.”

Judy Gibbs, a model and call girl who appeared in Penthouse magazine, ran a powerful house of prostitution in Fordyce with her sister Sharon. They also blackmailed some of their more powerful clients. Both her family and one of Clinton’s bodyguards later linked Judy Gibbs to (at the time) Governor Clinton. She decided to cooperate with police in an investigation of Arkansas cocaine trafficking, but was burned to death inside her home due to a suspicious arson case that was never solved. 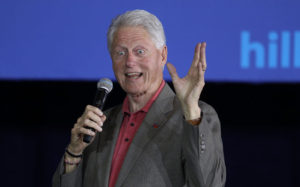 ASKING TOO MANY QUESTIONS & THE DAY CHRIS TRIED TO LIVE

Going all the way back to his start on earth, Cornell’s father came from Catholic background, and his mother was Jewish. Technically that would make him Jewish, but he did not practice that religion. The Soundgarden front man went to a Catholic school when he was growing up, and it didn’t go so well. His mother removed him before he would be kicked out.

“It wasn’t for any specific reason other than we asked a lot of questions. . . . Not only did they not have the answers, but it was sort of considered to be rude [to ask]. . . . If somebody tells you this is this and that’s the way things are and shut up, you’re a kid.”

In his final years he did not follow any particular religion, but instead remained vague. He said he believes there are “a lot of really cool ideas,” but described himself as a “free thinker” and “open.”

“So many bad things–as well as good things–have happened based on people blindly following religion, that I kind of feel like I want to stay away from any type of specific denomination or any religion period, for no other reason than just that.” 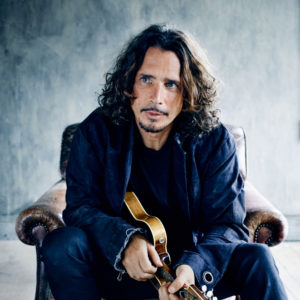 Did Chris really want to die by his own hand? Or did he simply ask too many questions about PedoGate?

The late vocalist was fully anticipating SOUNDGARDEN’s next concert stop after Detroit … and shared his feelings with the crowd during his last rock show.

The frontman had a spirited moment with the audience. “I love you guys up there on the top shelf, but you got to f–king stand up and show me something,” the singer joked to the seated crowd in the upper seats. “I have bragged about Detroit crowds for 30 years, so stand the f–k up and make some noise.” View video HERE.

Later on, Chris and the band were about to start an encore that final gig, then he went on about how amazing Detroit fans had been, saying, “I feel a little bit sorry for the next f***ing place we play.” They were set to play Friday in Columbus, Ohio and Chris joked he’ll have to tell fans there, “You should have been at that Detroit show. That crowd was something.”

So this clearly shows Chris was in a pretty good mood, and already thinking beyond Wednesday night. Chris’ wife, Vicky, stated for the record he showed absolutely no signs of depression or being suicidal in the hours before he was found dead.

The final hours of his life is what is being heavily disputed between a family that doesn’t believe he would have intentionally taken his own life and the Wayne County medical Examiner’s Office, which declared his death a suicide by hanging.

It’s important to note that among his many charities, he supported ChildHaven, which helps children and toddlers heal from abuse and neglect. Based in Seattle, Childhaven was established in 1909 by the Reverend Mark Matthews as the Seattle Day Nursery, one of the first 50 childcare centers in the United States. 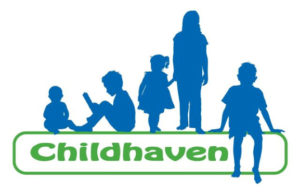 The center treats over 400 infants and preschool children each year who are referred by CPS (Child Protective Services). Its therapeutic care is provided daily to abused, neglected and at-risk children between the ages of one month through five years.

ChildHaven provides nurturing experiences that aid in development. The center also features specializes care for infants and preschoolers to overcome residual effects of parents prior substance abuse either in-utero or environmentally. Its crisis nursery provides free, voluntary services to parents in crisis.

THE END OF THE LINE FOR OUR HERO

About an hour before he was found deceased, Cornell had walked off stage with his bandmates about 11:15 p.m. to the raucous cheers of a sellout crowd of more than 5,200 fans.

Within 15 minutes, Cornell was back in Room 1136 at the MGM, where bodyguard Martin Kirsten assisted in helping fix the rock star’s computer and gave him two doses of an anti-anxiety medicine, according to the official police report.

Still on a rush of adrenaline pumping through is veins from performing at a rock show not even twenty minutes ago, Chris was full of life still.

At around 11:35 p.m., Cornell got on the phone with his wife. We next know Vicky called Kirsten the bodyguard at 12:15 a.m., and asked him to check on her husband. The bodyguard went to the room and found the door locked, the report said. Kirsten kicked the door open, only to find a second door leading to the bedroom suite also was latched — so, the report said, he kicked that door open, too, and found Cornell dead. As of this point, no suicide note has been found. Chris was still wearing all of his clothing. This eliminates the self pleasuring gone wrong scenario. 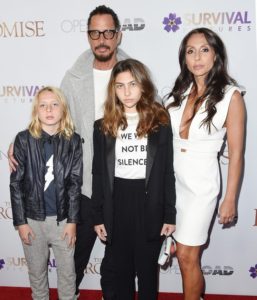 Speaking in a statement released on Friday, Vicky said that she is determined to get to the bottom of her husband’s death, explaining: “What happened is inexplicable, and I am hopeful that further medical reports will provide additional details.”

“I know that he loved our children, and he would not hurt them
by intentionally taking his own life.”

Following his sold-out show in Detroit, Chris – reportedly appeared “happy and normal” as he met with fans and posed for selfies. Chris’ family are working closely with the medical examiner to determine the exact cause of his death.

A private funeral for Chris will be held on Friday, May 26 in Los Angeles, two people with knowledge of the plans told CNN Saturday. His body will be flown from Michigan to Los Angeles on Sunday, and Chris will be laid to rest at the Hollywood Forever Cemetery, the sources said. The sources also told CNN, “The family is thinking about a (public) memorial for fans, but is coping now with their loss and the funeral service.”