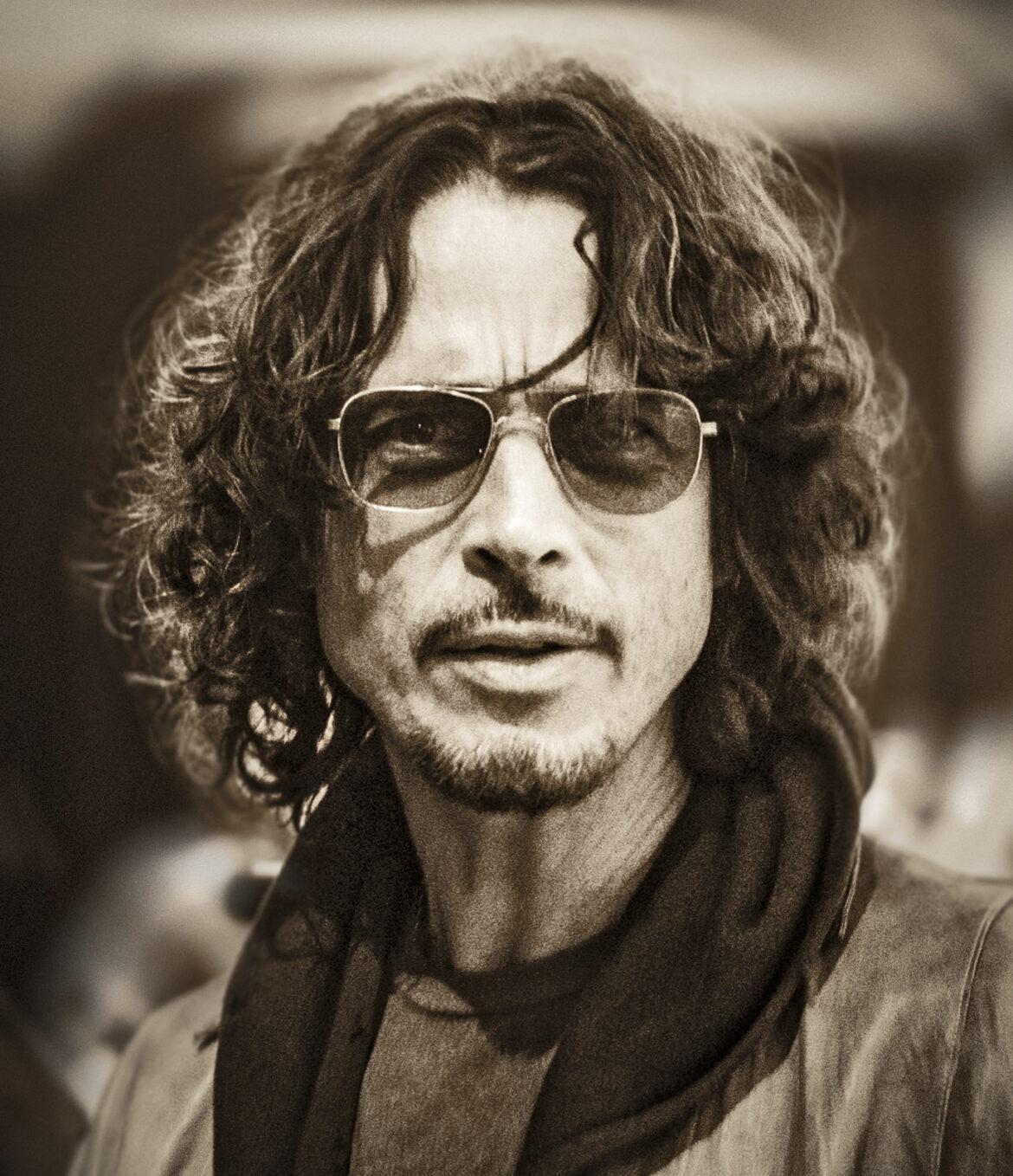 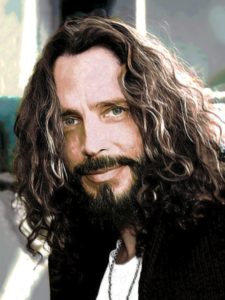 I will provide further forensic expert testimony that proves SOUNDGARDEN front man Chris Cornell did not take his own life, based off the findings in the autopsy report issued by Detroit morgue’s Theodore Brown.

“Conjunctival and facial petechiae have been regarded as classic signs of asphyxia deaths. First described by Tardieu in the nineteenth century, external and visceral petechiae have since been interpreted as hypoxia-related sequelae of asphyxia, sometimes being attributed in part to ‘mechanical obstruction of the upper airway’.” 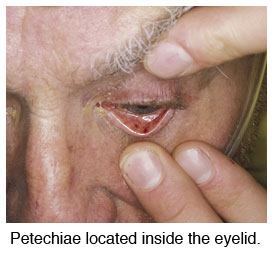 In that same study the findings are eerily close to Chris Cornell’s autopsy results:

“The presence or absence of petechiae is not specifically addressed in textbook discussions of deaths due to carotid sleeper and bar arm control/choke holds. Suggested mechanisms of these
deaths include anoxia, particularly with the airway obstruction of bar arm holds, carotid sinus massage leading to an arrhythmia, a catechol surge due to “air hunger,” and carotid and/or jugular vascular occlusion.”

The study continues: “Reay and Eisele found conjunctival petechiae, more prominently on the left side, in two cases of carotid sleeper hold deaths that occurred during law enforcement activities. In each case, the hold was used for an unspecified “brief” period, during which time an intense struggle took place.” 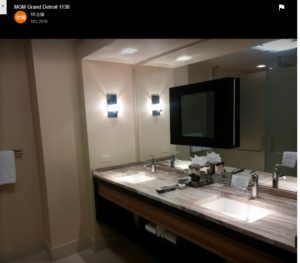 The tiny red spots (petechiae) characteristic of many cases of strangulation are due to ruptured
capillaries—the smallest blood vessels in the body—and sometimes may be found only under the
eyelids (conjunctivae).

However, sometimes they may be found around the eyes in the periorbital region, anywhere on the face, and on the neck in and above the area of constriction. Petechiae tend to be most pronounced in ligature strangulation.

“Confluent petechiae of the left and right palpebral conjunctivae“.

The torn shirt Chris Cornell was wearing when he was discovered also suggests a particularly vigorous struggle between the victim and assailant that is alleged to have taken place in room #1136 on May 17th.

The three forms of strangulation are hanging, ligature, and manual. Almost all attempted or actual
homicides by strangulation involve either ligature or manual strangulation. Ten percent of
violent deaths in the U.S. each year are due to strangulation.

The act of choking, applying pressure, can cause brain damage in a victim with as little as four pounds of pressure to the neck.

Death can occur in under five minutes. Victims may also show no visible injuries yet may suffer brain damage due to the lack of oxygen during the strangulation assault, they may have serious internal injuries or even die days, even weeks later. Source FELONY HB 11

And going deeper into the hold itself: “In the carotid sleeper hold, symmetrical force is applied by the forearm and upper arm to the front of the neck such that there is compression of only the carotid arteries and jugular veins and not the trachea. The arm is placed about the neck with the antecubital fossa or crook of the arm centered at the midline of the neck. The free hand grips the wrist of the other arm and pulls it backward, creating a pincher effect. This produces transient cerebral ischemia. The carotid sleeper hold impedes blood flow in the carotid arteries by pressure exerted on both sides of the neck by the pincher effect of the arm and forearm. If properly applied, the compression of the carotid arteries will cause loss of consciousness in approximately 10-15 sec. On relaxation of the hold, cerebral blood flow will be restored, and consciousness will return in approximately 10-20 sec, without any serious side effects.”

There is no guarantee that consciousness will return after interrupting carotid blood flow and asphyxiating the brain into unconsciousness. Among certain circles this potentially deadly hold has also been given the frightening nickname ‘The Carotid Death Choke’.

Experiments by Reay and Holloway demonstrated that, during application of the carotid sleeper hold, blood flow is decreased an average of 85% to the head. The range in five subjects was 82 to 96%. The time to minimum blood flow averaged 6 sec (range 3.2 to 7.2 sec).

According to the Handbook of Forensic Pathology, only 25% of hangings show scleral or conjunctival hemorrhage and most ligature strangulations are almost always homicide.

When a running noose is applied, the weight of the body will cause the noose to tighten in a mainly horizontal position (just as was described in Chris Cornell’s autopsy). This ligature mark is seen on both sides of the neck and is usually directed across the front of the neck resembling that of a ligature mark in strangulation.

Horizontal ligature abrasion in homicidal strangulation is shown in the illustrated example below. The face is usually markedly congested (swollen) with numerous fine facial petechiae. 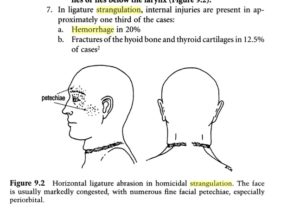 Only 12.5 percent of these cases have hyoid bone broken. There busts the myth that it gets broken all the time in homicidal strangulations. Not the truth.

The victim used in the following homicidal strangulation fabricated as suicide study displayed:

“The congestion and petechial hemorrhages in the face and neck were located 1 or 2 centimeters above the ligature mark. On the left side of the neck, another pale ligature mark with slight subcutaneous hemorrhages was seen between the dry mark and the lower border of the congested part of the neck…”

Looking at Theodore Brown’s autopsy remarks about the body of Chris Cornell:

“Pronounced congestion of the head and neck above the ligature furrow mark, florid petechiae of the facial skin…” 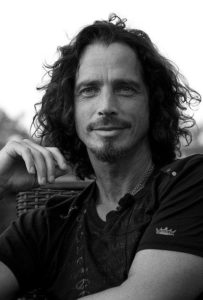 According to the forensic science, death by strangulation is homicidal in nature, rarely suicidal or accidental.

“Petechiae of the head are the product of purely mechanical vascular phenomena: namely, “impaired and obstructed venous return in the presence of continued arterial input”

The arterial input pertains to the blood in the pulmonary vein, in the left side of the heart.

This is the usually bright red re-oxygenated blood returning from the lungs that circulates in the arteries. 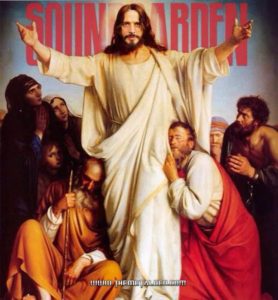 The forensic report provided tells us:

One would not expect trauma to the structures of the neck in such an instance. The compression of the carotid arteries, with resultant decreased cerebral blood flow, can theoretically precipitate a stroke in an individual with atherosclerotic disease of the carotid or cerebral vasculature.

The pressure can cause dislodgement of atherosclerotic material with a stroke caused by an embolus. blood flow to the brain is from both the carotid and the vertebral arteries. If the vertebral arteries have impaired blood flow due to atherosclerosis, then occlusion of the carotid arteries can threaten an already compromised circulation, resulting in thrombosis or stroke [or death].

Both choke and carotid sleeper holds are safe if properly used, though the latter is the safer of the two. In weighing how much force is acceptable in a situation, one must realize that any action involving force always has the potential of producing severe injury and death.”

The fact is a body does not need to be fully suspended for death to occur,
due to the human head weighing enough (8-12 pounds) for occlusion of the carotid arteries to occur.

So, this proves that with the band wrapped around Chris Cornell’s neck like a noose total ‘occlusion’ would still occur even when only partially suspended. This means there is no possible way Chris could have displayed any ‘congestion swelling in his head and neck area due to arterial blood flow’ if he hung himself. Why? Think about it. Something wrapped tightly around your neck that cuts off your airway totally will do the same exact thing with blood flow, got it?

In one particular case, a woman’s murder was disguised as a suicide, her autopsy
similarly displaying evidence of homicide but it was completely overlooked during the initial police investigation: “the congestion and petechial hemorrhages in the face and neck were located 1 or 2 centimeters above the ligature mark…”

It was decided later that her death had been disguised as a suicidal hanging, after she had been strangled by ligature.

If Chris was indeed strangled out, he would have been unconscious in less than half a minute. He would have been near brain death at the four-minute mark of being held in the fatal choke. Another 5 minutes invested after he is finally let go so the killer can put the workout band around his neck and attach the other end of it to the top of the door fastened with a carabiner, pulling the rocker into the classic suicide hang position.

It is my belief that Chris was already dead in room #1136 when the bodyguard shows back up and kicks the door in at 12:15, therefore it was not possible to have latched the door from inside. Chris was already deceased when he left him the first time after supposedly giving him Ativan. The bodyguard clearly puts on a big show for the hallway camera to fool police.

We know the MGM Grand medic arriving on the scene at 12:56 is the first one reported to remove the band from the musician’s neck to perform CPR, according to the official report.

Why wasn’t CPR performed on Chris earlier when he was found at 12:15AM? He may have still had a pulse, right? Why did it take so long for emergency response to be summoned?

All in all, it would have taken only 9 minutes to kill Chris Cornell via strangulation and assisted hanging, fabricated to look like suicide.

Want to take a guess on the number of minutes his family and band members have invested into asking police any questions about his murder?