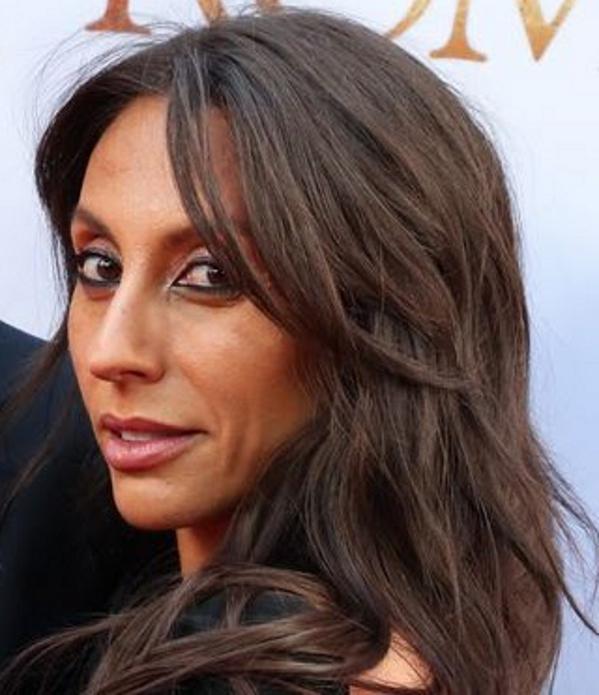 In the first two parts of this concluding #TruthForChris report, I offered massive amounts of evidence that suggests foul play in the case of late SOUNDGARDEN frontman, Chris Cornell. In this final installment, what I will do is provide readers with the most irrefutable analysis and research to back up my claim.

From day one, it has been my belief that a sinister worldwide pedophile and child murder syndicate was the sole reason Chris Cornell was killed in room #1136 on May 17th, 2017. He did not commit suicide as the mainstream media wants you to believe.

Over the extensive time that I have reported on this matter, I established myself not only as the most dominant news journalist of all time, being that my work was published all over the world, from Detroit Rock City to Romania, the home of Dracula, plus numerous other countries that are hot spots for the New World Order, but I also carved out my name in history at the same time for being the investigator who solved Jack The Ripper, The Black Dahlia and The Zodiac Killer cases. My epic forensic dissertations in the Cornell death investigation have amassed hundreds of millions of views, due to the fact that I was featured on hundreds of websites. Frankly, my work on the Chester Bennington death investigation pushed me into a level that not even the word phenomenal properly describes. Once my work was turned into a hoax at a CIA backed site, however, my journalism became the all-time record holder for views online, reaching over a billion overall. No other news writer will ever achieve this for the rest of mankind, in my opinion.

Late billionaire Jeffrey Epstein‘s infamous “black book” connects to the 1947 case of Elizabeth Short, for the singular fact that a Hollywood sponsored child snatching ring, thanks to another “black book” that belonged to the young, aspiring actress who was found cut in half, informs us that a freemason tied secret society known as the “Oculist Order”, have been covertly carrying out crimes against humanity, all with the help of LAPD, Detroit PD and thousands of other police departments – scattered like dead baby skulls that were decapitated while burning during Hitler’s holocaust – all throughout America.

What I learned along the way is that before he was eliminated by the Illuminati, Chris Cornell came in possession of Epstein’s book, which named his inner circle of pedophile party pals, such as President Donald Trump, the Clinton’s, Courtney Love, and many other elites who are well known for being successful in Washington DC and Hollywood. The “swordfish” file as it has been referred to by my sources, is beyond damning and now it’s time for me to fully detail what Chris uncovered.

🤔So many people in Trump’s orbit are involved in pedophilia and sex trafficking… Perhaps we should revisit it, right Don Jr⁉️Exposing Jeffrey Epstein's international sex trafficking ring | https://t.co/m7Q7bNHuEJ

In part 1 of this long format essay, I connected the dots for readers on the relationship between Chester Bennington, John Podesta and Laurance Rockefeller. It goes deeper than your own worst imagination can possibly fathom, and when Chester was found dead on Chris Cornell’s birthday two months later, my groundbreaking reporting achieved its own immortality.

Some have called me a non-stop troublemaker, while others have hailed my work as “legendary,” all the while my typed words doing the one thing I felt was the most important, never letting Chris Cornell’s tragic tale die. Instead, I worked my rear end off without any payment received for my efforts, other than to raise some funds via GoFundMe one time to help purchase a couple boxes of #TruthForChris & #TruthForChester T-Shirts. The little bit of profits that I generated, after covering the cost to produce them, were turned right back into keeping my website, hosted by GoDaddy, online so that the fight could continue.

I have sacrificed everything in my life to get to this point, and I will be goddamned if I’m not going to deliver the goods once and for all, and bring these scumbags to their knees.

Supermodel Heidi Klum, the former girlfriend of Chris Cornell’s bodyguard, Martin Kirsten, now emerges as one of the key players as she is well known to be very close friends with Ghislaine Maxwell, the procurer of young girls and boys for Epstein, Trump and their other psychotic, baby fucking cohorts.

I must also mention that Heidi walked the runway for Leslie Wexner‘s company Victoria’s Secret.

Many millions of Americans are still under the assumption #Pedogate is a hoax and not a real problem that they need to worry about. I will now drop the hammer on everyone’s mask wearing heads, by way of a satanic cult immersed in the gruesome slayings of stolen children, bringing us full circle back to Temple of The Dog.

According to Vigilant Citizen site:

“A thorough investigation of Epstein Island would most likely lead to some extremely disturbing discoveries. However, as this recent drone footage reveals, the “temple” appears to be undergoing some “renovations” (various tools can be seen through the window) while the golden dome and other golden statues are gone. According to Qanon, Epstein spent over $29 million to bury the underground tunnels underneath the island.”

“In Maria Farmer’s piece titled ‘FBI diagram,’ dead sex-trafficker Jeffrey Epstein is in a flying saucer, Ghislaine Maxwell is a bloodthirsty reptile, and a pantsless Alan Dershowitz is shushing victims underneath a tree of poisoned apples.”

“I’m going to be working on a series all about the elites,” Farmer told The Daily Beast of her shocking painting, a depiction of heaven and hell that features Les Wexner, the former chairman of Limited Brands and an Epstein associate, as the head of a snake. “As someone who’s been hurt by these people, I can translate it in a way that people can see.”

As the story goes, the 82-year-old Wexner has major ties to late sex offender Jeffrey Epstein, who for years served as his money manager.

According to Farmer, Maxwell “threatened her and worked to destroy her reputation in New York’s art scene after the alleged incident.”

The young artist left the city, leaving behind her promising art career.

“I was terrified of Maxwell and Epstein and I moved a number of times to try to hide from them,” Farmer stated in an affidavit filed last year, when her story first became public.

Now in a shocking new revelation, Wexner has stepped down from his role at Victoria’s Secret.

What a horrendous secret indeed that Klum, Wexner and Vicky Cornell have been hiding from all of us. It seems to go deep into the bowels of Hell.

Earlier this year I wrote one of my Epstein Project newsletters on a sacrificial pit that is on Leslie Wexner's property in Ohio. The ritualistic sacrifice was observed by a survivor.

I will be adding information to this thread. Stay tuned. https://t.co/u09MeskTB4

According to Fashionista site:

“Months after his intention of stepping down was first announced, longtime Victoria’s Secret executive Leslie Wexner has officially left the lingerie brand. He announced his retirement from L Brands, parent company of Victoria’s Secret and Bath & Body Works, during an investors meeting (held virtually), according to the New York Post. L Brands revealed that Wexner would be phased out as chief executive officer and chairman of the board in February, when the company first made its plan to sell Victoria’s Secret to private equity firm Sycamore Partners public. That deal has since fallen through, but the 82-year-old was still expected to depart this year.”

Heidi Klum has had a long run as a Victoria’s Secret Angel.

In 1997, she was selected by Victoria’s Secret and for the first time walked in its annual fashion show.

During his last 24 hours alive, I learned that Chris Cornell was physically attacked by his wife, Vicky Cornell, and this is why a large portion of his hair was ripped out of his head before he would take part in his final soundcheck. Chris would be attacked again savagely by the bodyguard Vicky hired to be with Chris after what would turn out to be his last SOUNDGARDEN gig in Detroit on May 17th. Yes, I am speaking of Martin Kirsten.

Martin and Heidi Klum were at one time boyfriend and girlfriend. Martin had so much dirt on Heidi that he was able to extort a house out of her in exchange for remaining silent about her deep involvement with the Wexner/Epstein pedophile ring.

It would be Martin himself, and himself alone, who blurts out that Chris had “a history of depression” before any investigation officially began after paramedics found the rock idol dead in hotel room #1136.

In his final years alive, Chris grew increasingly distrusting of Vicky, and the foundation they had founded together to help abused kids was looted of enormous sums of money. The late grunge hero found his marriage to be on a hellbent downward spiral. Chris would typically lock himself in his bathroom at home to play his guitar and isolate himself from Vicky’s evil ways.

When Chris stepped off the stage in front of a sold out crowd at Fox Theatre in Detroit on May 17th, 2017, he already knew he was a dead man.

For years, Maxwell “assisted in internationally trafficking” girls for Epstein and his pedophile buddies “for sexual purposes,” according to the court papers. The British blueblood hopped onto the New York social scene in the early 1990s and was linked to Epstein by 1992, first romantically, then platonically, according to media reports.

It is my determination that Chris Cornell never spoke to Vicky after the May 17th SOUNDGARDEN concert as was indicated by she and the Detroit PD who were aiding in the cover up. All of that horrible characterization of a man who has gone off the rails before he kills himself ultimately was nothing but one big fabricated lie. How do I know this?

Well, looking closely at the evidence, which includes the 911 audio at the time of the rocker’s death, where an emergency worker mentions that Chris was “cold to the touch” at 1:30AM on May 18th, forensic science tells us that it takes roughly 2 hours for a total cool down of the human body (in normal 70 degree temp) to occur once someone is deceased. This pushes back the clock to exactly 11:30PM on May 17th, when Chris was alone with Martin Kirsten after the gig, fighting against the Mossad connected hitman’s brutal assault that was launched against him.

The fact is Chris was planning on divorcing Vicky and wanted to expose to the world the truth about the evil pedophile ring that involved her closest friends, including Courtney Love, Heidi Klum and Martin Kirsten.

There is an old saying: Hell hath no fury like a woman scorned.