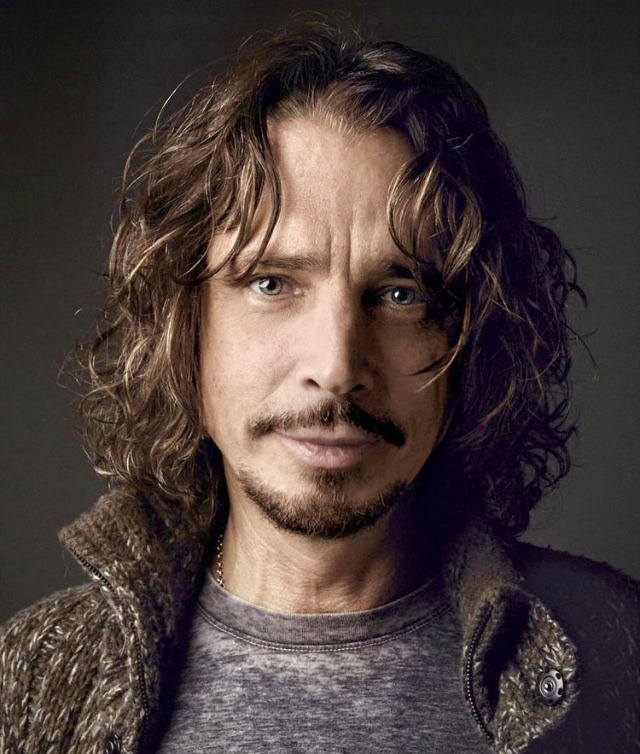 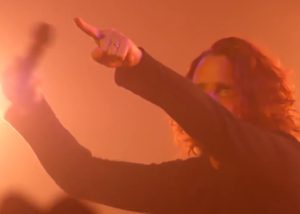 According to a past report posted on Detroit News site by crime reporter George Hunter on May 22, 2017, in the case of late SOUNDGARDEN frontman, Chris Cornell, “investigators didn’t immediately rule out homicide as a possibility, according to a Detroit Police source with knowledge of the investigation.”

“The rocker’s family has disputed the finding that he intentionally took his own life.”

Well, why wasn’t a second evaluation of the body conducted which is standard in a death dispute, right?

Instead, what does the wife do? Vicky Cornell cremated the body, getting rid of crucial evidence prior to the funeral taking place!!

Does that sound like a concerned wife who wants to get to the bottom of things? 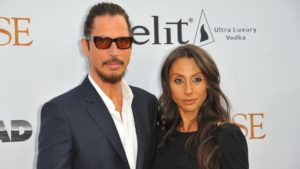 The ‘head trauma’ mentioned by medic at scene on audio and clearly seen by fans on video on YouTube from his concert when he was on stage ONLY one hour before, displays a bloody scalp, and ripped out patch of hair that is not mentioned in the autopsy… and again, it was around the scalp area!! Yet autopsy says scalp is fine. Does Detroit medical examiner Theodore Brown need new glasses?

The medic who arrived on scene is on audio saying “signs of strangulation” that means arterial congestion which is hallmark homicidal strangling which can’t happen from hanging, including partial suspension, because occlusion of the arteries happens and no blood can get PUMPED above the ligature when hanging, again partial included, all that is needed is the weight of your head to strangle you to death, understand. But if you are strangled their is still arterial input and blood pools up around neck and face ABOVE THE LIGATURE, alright, ask any cop who knows what they are talking about… that is tell-tale homicide!! This is the real deal, you cannot refute this forensic evidence that is in the autopsy!! 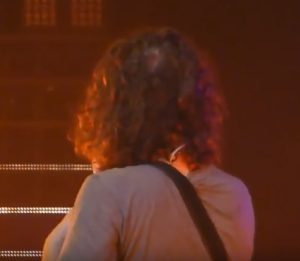 LOOK CLOSELY AT THE SCREEN CAPTURE OF HIS HEAD ON MAY 17!!!

DOES THAT LOOK NORMAL???

It is my belief that this man was being brutalized before our own very eyes. And an hour later he is dead. He is found wearing a torn shirt, which always indicates a brutal fight for your life, 9 fractured ribs that are almost always associated with serious car accidents, blood pouring out of his mouth… PLUS head trauma that he did not have the concert previous to the final one on May 17th.

Sure people convulse and fall off a door, bite their tongue maybe, but this is internal hemorrhaging he suffered according to the autopsy and brutal chest fractures that are more in line with automobile accidents NOT CPR!!!

After all, Chris was only partially suspended. The impact from the fall at such low height would not
do that extensive of internal injury, nor would a female medic doing CPR!

Vicky Cornell‘s attorney Kirk Pasich said Cornell, “a recovering addict, was prescribed the anti-anxiety drug Ativan and may have exceeded the recommended dosage. The Cornell family attorney said that according to some medical literature, Ativan can cause paranoia, suicidal thoughts and other side effects.”

But we now know that according to the autopsy that there was no evidence of Ativan pills from that night in Chris.. and his residual amount in his system from usage before that was at therapeutic levels.

“According to a timeline provided by the singer’s wife, Vicky Cornell, and a police report obtained by The Detroit News, she spoke with her husband a few minutes after bodyguard Martin Kirsten left the room.”

So if she has a conversation with Chris at that time around 11:35 wouldn’t Martin have seen
that Chris’ condition was normal since he just requested help to setup a Apple TV he could watch? Why would he be slurring words too if he never actually took any Ativan? Even if he did, they would not have taken effect that fast. The man was just on stage moments before singing and talking to 5,000 people with no problems!!

And why if Vicky Cornell was so concerned after she hangs up didn’t she request the bodyguard back to
check on Chris until right after 12? Over a half hour later.. He was ONLY 2 doors down!

Think about it. From the time she says she claims she starts to worry for her husband around 11:35 that he is going into another serious relapse. She is so scared for him….well, truth be told, it is not until AN HOUR AND A HALF later that emergency response is summoned finally and shows up and the kicker is the medic was on location! The victim was now dead and COLD TO THE TOUCH ALL OVER at DOA pronouncement!!

Back to Hunter’s May report:

“He was different,” she said. “When he told me he ‘may’ have taken an extra Ativan or two, I contacted security and asked that they check on him.”

Well wait a minute, according to the police report the bodyguard was reportedly instructed to give
Chris the Ativan, wasn’t he? They already said that happened during the first visit, right?

So wouldn’t she know for sure that the Ativan was given to her husband by the bodyguard? She was his employer.

And if she doesn’t know, and the pills never ended up in the stomach of Chris Cornell per autopsy results, isn’t it safe to assume now that Ativan was never taken by Chris Cornell on May 17th?

There is also now sufficient evidence that supports the theory it was indeed a premeditated murder for hire plot. Who was ultimately involved? Well, those answers should already be pretty obvious. However, TMD plans to explore all options and to let the story take it where we need to go with it to get to the bottom of things on behalf of our fallen rock idol.

As the story goes, Chris Cornell flew out to Detroit on the day of his final concert on May 17 and
was with his wife Vicky that morning. Did they get into a big fight and his hair was ripped out of his head? Anyway, the Ativan pills never entering Chris Cornell’s body proves something fishy is going on in what appears to be the biggest cover up in rock n roll history based off the EMS testimony via audio recording AND the huge gaps in time where nothing is being done for Chris Cornell.

And finally let’s go to a case from 2013 where a man was killed by Staten Island , NY police , after being arrested for falling asleep drunk in the basement of a restaurant, and hung to make it look like suicide.. the city settled with the plaintiffs family without admit to liability.. $600,000 payout.

Sadly, MANY do not get solved. Like this one about the dude who got hung in jail cell by a purported crooked cop, they are not reported on nationally. But at least after the settlement, in which the city did not admit liability, they had to pay up for “conscious pain and suffering endured from the time of the arrest through the hanging.”

A forensic pathologist retained by the plaintiffs opined Kohm would have endured “10 to 15 minutes of pain and suffering during the hanging.”

And an expert testimonial on rib fractures:

“A fractured or broken rib is an extremely painful medical condition. When the chest suffers a trauma, it often causes one or more of the rib bones to fracture. Car accidents are a common cause of chest trauma, and hence, a leading cause of broken ribs. A broken or fractured rib causes immense pain, especially when you try to cough, move, or even breathe. The common symptoms of a fractured rib include acute pain in the affected area, and the pain is worsened when the patient moves, breathes, or applies pressure to the affected area. In case of a severe rib fracture, the broken bone can lead to more serious complications. One such complication is puncturing of one of the vital organs such as the aorta, kidney, spleen, lung, or liver. In case one of these complications arises, the patient develops the risk of contracting a serious infection, going into shock, and even bleeding to death.” 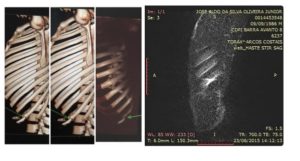 “The ribs themselves are narrow curved bones that together protect the lungs, heart, major vessels, liver and spleen. When the ribs become fractured, splinters of the bone can indent into the lungs, causing a collapsed lung or damage to the other underlying organs.

Rib fractures come from blunt trauma to the chest from, for example, the steering wheel or trauma in the back seat in an unrestrained passenger. Having just a rib fracture isn’t usually dangerous; however, when internal visceral injury occurs to the chest or abdomen, there can be uncontrolled bleeding, internal contusion and death from internal injury”.

If Chris Cornell's death was a suicide, why is there so much blood in the death scene photos? https://t.co/KfgAYNlJP3 pic.twitter.com/PTm6ASWszN

This is the most brutally horrifying reality check ANY of YOU will ever get from reading a news report!! Warning: 18+ ONLY: GRAPHIC CONTENT!!!!