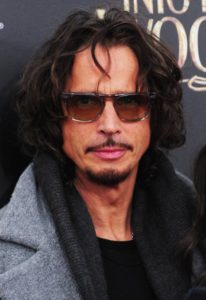 TMD has learned today that the evidence of blood pouring from late SOUNDGARDEN frontman Chris Cornell’s mouth when he was found by his bodyguard in room #1136 at the MGM Grand hotel in Detroit points to a very ominous fact… the signs of homicidal ligature strangulation are now totally irrefutable.

According to a forensic study on suicide by hanging vs. ligature strangulation, what is most often found in homicidal stranglings, this expert informs us:

Facial congestion and cyanosis present in 34.88% cases of hanging while in all
cases of ligature strangulation.”

Chris Cornell’s findings are terribly eerie now looking at them in the proper context: 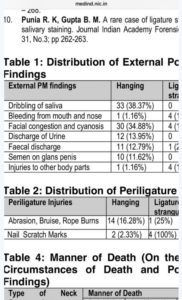 “Petechiae are not to be confused with freckle-like Tardieu spots. These are seen in hanging cases as, with time, punctate hemorrhages occur due to hydrostatic rupture of the vessels from blood pooling in the forearms, hands, and legs. Petechiae are much more minute, and associated with the soft tissue areas in the neck and head.”

“Ligature strangulation (also known as “garroting”) is strangling with some form of cord such as rope, wire, or shoe laces, either partially or fully circumferencing the neck. Even though the mechanism of strangulation is similar, it is usually distinguished from hanging by the strangling force being something other than the person’s own body weight. Incomplete occlusion of the carotid arteries is expected and, in cases of homicide, the victim may struggle for a period of time, with unconsciousness typically occurring in 10 to 15 seconds” 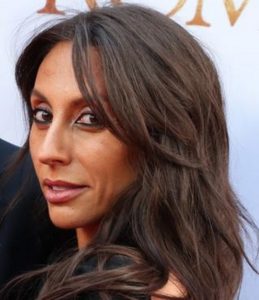 According to this homicide expert:

“The definition for ligature homicide in this work is concerned specifically with cases in which the victim has been garroted. This term applies to cases where an assailant has placed a ligature around a victim’s neck and has tightened it for purposes of controlling, silencing, and/or killing the victim. Commonly documented examples of ligatures include, but are by no means limited to,: ropes, neckties, scarves, stockings, metal wires, shoe/boot-laces, necklaces, clotheslines, sweaters, brassieres, belts, and electrical cords.”

There are always cases which can at first confuse or mislead homicide investigators.

“There is general agreement in the literature that cases involving strangulation by ligature are most commonly homicides. Furthermore, Knight et al. suggests that all cases of ligature strangulation be investigated as homicides until the opposite can be demonstrated. That course will help to define the procedural scope and weight of an investigation early on. When investigating any homicide case, it is very important that certain specific measures always be taken at the crime scene to insure the best possible results.” 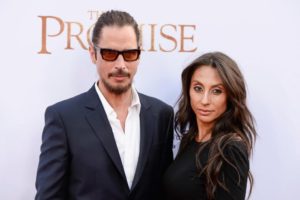 According to a TMZ report:

“Vicky became alarmed, called the hotel and Chris’ security guard kicked down 2 doors and found him in the bathroom with blood running from his mouth.”

TMD’s theory is that the ‘Carotid Death Choke’ was potentially used as it will not leave any marks
on the victim or the assailant. Perhaps Chris was choked out first and then the exercise cord was used as a garrote to violently strangle Chris Cornell closer to death. The assailant would next have quickly fabricated the suicide by placing Chris Cornell in the bathroom partially suspended to the door.

Furthermore, the blood should not have been ‘running’ anywhere on the rock legend had he indeed hung himself as the medical examiner in Detroit rules, and CPR wouldn’t have made him bleed from the mouth in a ‘running’ matter either, even if he did bite his tongue while convulsing at some point while dying, this was described as blood ‘running’ out of the mouth. Not the same thing.

According to the autopsy by Theodore Brown there was no mention of a
bite on tongue, and if Chris seized while partially suspended to the door he would have urinated and defecated at the scene. None of which is found anywhere in the autopsy.

What happened? Did the bodyguard and medics jump up and down on his chest? No, the logical conclusion is that it was due to serious internal injuries Chris suffered before he was discovered after midnight in room #1136.

The fact is Chris Cornell was bleeding out prior to CPR. 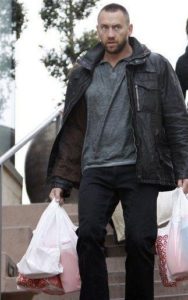 An anonymous ER nurse source explains: “Therefore we now know the 9 rib fractures occurred before CPR!! For blood to be ‘running’ out of the mouth it would be coming from deep internal injuries… not from a bloody tongue or lip bit when convulsing.”