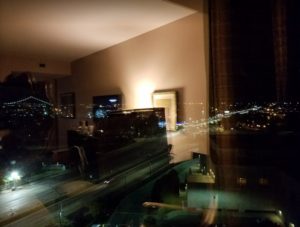 Anatomy Of A Rock Star’s Assassination!

TMD has officially confirmed that room 1136 in the MGM Grand Detroit hotel where late SOUNDGARDEN vocalist, Chris Cornell, was found ‘partially suspended’ and dead due to what is currently ruled as ‘suicide’ does not have an adjoining room. Verification was done directly with the hotel via telephone call. This means that there was only one way to enter and exit.

TMD has obtained actual photographs of the room where Chris died. These are not crime scene photos. They were shot within the past year by other tourists who stayed there. 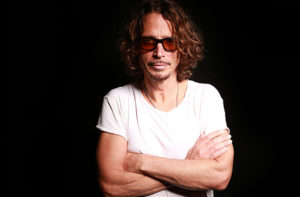 The suspicion of foul play grows stronger each day. Vicky Cornell changed her story from she hadn’t talked to Chris yet after the show, to she talked to him and he was fine, to the bodyguard gave him Ativan and he was slurring and she was so concerned she had to call the bodyguard to check on Chris, to “he had obvious track marks”.

And then on May 28, Vicky tweeted:

Wait a minute? Are you not working as the family spokesperson? Were you not the one who told them those were his last words in your phone conversation. Why does she keep changing details?

Do you see a pattern here? This is exactly why people have begun to question the ruling in the case.

Keep in mind, Vicky Cornell is a PUBLICIST.

It’s common for publicists to handle Twitter accounts for celebs. And she was married to the one of the biggest rockers ever, so having that kind of access is plausible. So it’s possible that Vicky may have been the one to send the perfectly executed mother’s day tweets to both herself and her mother, as it’s now been alleged via Godlike Prod. forum that Chris was at odds with the two women, and planning to leave Vicky to expose her mishandling of his finances in a bitter divorce.

Vicky could not allow this to happen, right? Imagine how much damage to her reputation this would do.

TMD has learned that Chris had a new girlfriend. Because of this, Cornell’s mother in law Toni experienced a panic attack 5 days before his death. She reportedly called 911. 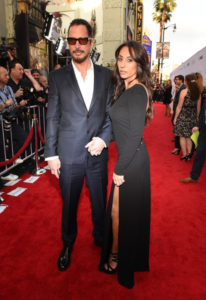 THE ASSASSINATION OF A ROCK N ROLL STAR

In the police report on the death of Chris Cornell, it was revealed that the bodyguard gave Cornell two Ativan, which Cornell had a prescription for, around 11:30pm on Wednesday.

At around 12:15pm, Vicky called Kirsten and asked him to go check on her husband ‘to see if he is alright because he did not sound like he is okay’.

Kirsten walked to the room and knocked but got no answer – so he tried to get hotel management to open the door.

The hotel would not open the door for him since he was not registered to the room, This is when he kicked the door down himself. He found the door to the bathroom was also locked, so he kicked that door down as well.

And being ‘professional security’ he would have known from past experience that no hotel will ever give out an extra key to a person who does not match the name of the room occupant. But he acted concerned and played the part convincingly. This proves that breaking the doors down to get to Chris was conceived and planned well ahead.

Besides, any man with a brain in their head knows the weakest part of a door is usually the frame, the the lock… and the latch. 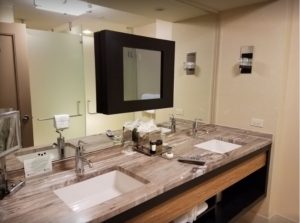 Inside he says he found Cornell slumped on the bathroom floor ‘with blood running from his mouth’ and a band around his neck.

As the story goes, the bodyguard was staying two rooms down the hall from Chris as per the local paper. That’s normal for someone paid to protect a star. It is TMD’s belief that the bodyguard’s story is totally fabricated. Think about it. He would have remained with Chris after the concert and escorted him to his room, would he not? Isn’t that his job?

TMD’s theory is that it was immediately after they arrived back to the singer’s room when the ambush happened. First, he strangled Chris with the red elastic band. He did that so the furrow marks on his neck would match up when he hung him from the bathroom door. It was then that he carefully suspended the unconscious singer after shooting him up with barbiturates.

He left the room and so it is TMD’s conclusion that there is no possible way it could have been latched, right?

Chris was already dead… or damn near it. He could not have latched the door. 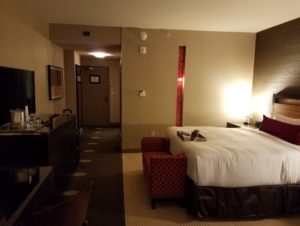 In the picture of the room above, you can see that it was not a very heavy duty latch. Yes, the bodyguard was seen on security footage kicking in the door so an assumption by Detroit PD was made that they must indeed have been latched by Chris Cornell.

TMD has now proved that assumption is wrong.

So if we are able to accept the scenario that Chris was killed during the first visit, it starts to make the rest of the timeline make more sense as to how the cover up occurred with success. When the bodyguard left he did not latch the door, instead when he showed back up for the discovery of Chris he used trickery and kicked it in without the need to do it. TMD believes he did this because it would be a crucial part to the cover up if they got the police to buy this part of the story. 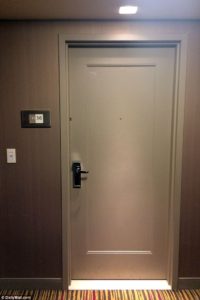 Martin Kirsten knew to be able to pull this off he needed to make a really big show that something must have happened after that person left and leave no question whether that he could have been responsible for the death. By making it look like the door was “latched” it immediately threw authorities off his trail.

On June 1st, Chris Cornell’s family got shut down by the City of Detroit, which refused to release information surrounding the singer’s death, because the City claims it’s still “an open investigation.”

It was learned that the family’s lawyer, Kirk Pasich, sent a Freedom of Information request to the City asking for the police and toxicology reports. The City rejected the request, saying releasing the info would “compromise and/or interfere with their investigation.”

Once the official report came back, next Dr. Werner Spitz, former chief medical examiner in Wayne and Macomb counties, reviewed Chris Cornell’s autopsy and told the Free Press he was intrigued by the position of Cornell’s body, noting it was partially suspended.

Spitz said he was

“not absolutely convinced” the suicide ruling is correct.

“In theory, it could be an accident,” he said late Friday.

In theory, if a respected medical examiner says it possibly wasn’t a suicide then the case should be reexamined to clear ALL possibilities, including foul play, right? 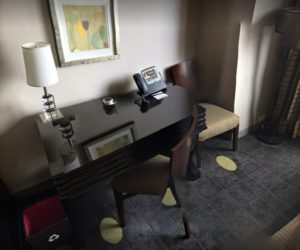 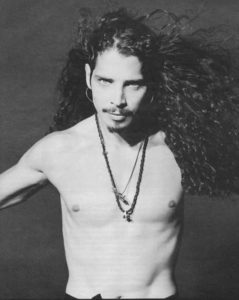 ROCKET & TMD ARE FIGHTING FOR YOU!!!