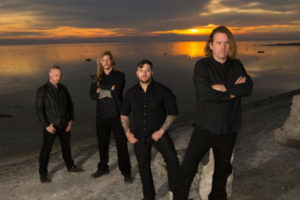 CATTLE DECAPITATION are booked to return to Australia in February for a handful of shows with Psycroptic, preceded by a trio of shows in New Zealand. Here are the dates:

Compromise is not a concept Cattle Decapitation are willing to entertain. Ever. Over the course of nineteen years and six full-lengths the San Diego quartet have more than proven this, defining themselves as one of the most vital, brutal, and relentless forces in extreme music, and with The Anthropocene Extinction they have delivered a volatile, apocalyptic beast that is as hideous as it is compelling. “I feel that something rare happens with our band in that we get better and better with each release rather than going in the opposite direction, which happens to a lot of bands,” states vocalist Travis Ryan. “As we get older we feel we have less and less to lose, which is freeing, and we really want to go as far out on a limb as we can without losing the extremity that has always driven us.”

With 2012’s Monolith Of Inhumanity Ryan, guitarist Josh Elmore, bassist Derek Engemann and drummer Dave McGraw delivered a sledgehammer blow, maintaining their position at the most violent end of the death metal spectrum yet expanding their sound, allowing a little more melody in without losing any of their intensity. As always tied together by a central concept, Ryan’s bleak lyrics bluntly illustrated the fate of the human race if allowed to continue pillaging and destroying the planet. With The Anthropocene Extinction he extrapolates on this subject, looking back at the world in the aftermath of such ecological and environmental devastation, with its focus largely centered on the Pacific Ocean. “The Anthropocene Era is the time period where humankind has had the most profound negative effect on the Earth and its ecosystems and the record focuses on how we have managed to bring that era to an end.