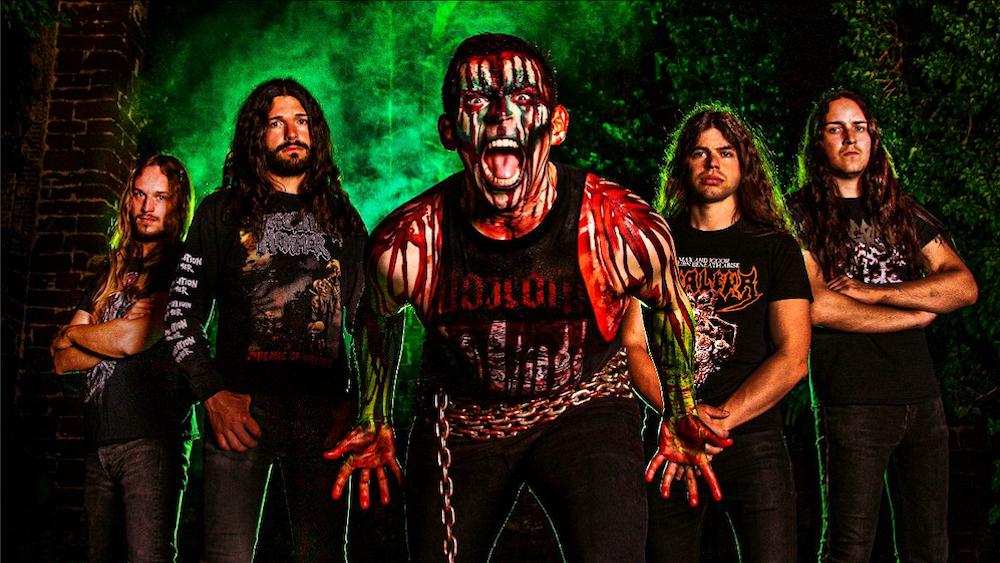 Belgium’s CARNATION has unleashed their official live video for “Stench of Death”, which was captured during the band’s set at this year’s Hellfest Open Air. The track will be self-released this October on a special edition blood red 7” vinyl, which will also include a cover of Entombed‘s “Supposed to Rot” (a tribute to LG Petrov).