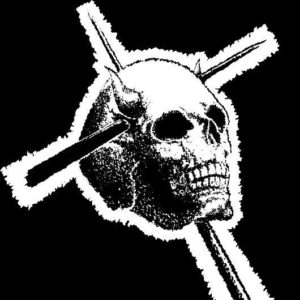 Swedish doom metal band CANDLEMASS have unleashed the title track of their new EP, House of Doom, which is slated to be out on May 25 via Napalm Records. The new song can be streamed HERE.

CANDLEMASS ARE BACK to celebrate 30 years of Doom with a brand new EP!

Four studiotracks featuring Mats Levén on vocals are being recorded during Sep/Oct for a special anniversary release early next year on Napalm Records.

CANDLEMASS are also happy to announce that Mats Levén, who’s a longtime friend of the band, is now the permanent singer for the Swedish Doom Metal Squad. Per Wiberg is today also an essential part of the Candlemass live shows with his keyboards + filling in for Leif on bass until he’s back in shape again.

Sweden’s Candlemass helped reintroduce the lumbering power chords of Black Sabbath to an entire generation of post-New Wave of British Heavy Metal and post-thrash metalheads, almost single-handedly writing the handbook for the modern doom metal movement in the process. After the breakup of his first band, Nemesis, in 1985, bassist Leif Edling founded Candlemass with vocalist Johan Lanquist, guitarist Mats Bjorkman, and drummer Matz Ekstroem. Their watershed debut, Epicus Doomicus Metallicus, was released the following year, and though it immediately secured their standing within metal circles, it was only with the arrival of new vocalist Messiah Marcolin for 1987’s Nightfall that the band found its true voice — quite literally — as the singer’s vibrato-laden operatic tone remains completely original to this day.

The album, which also saw the arrival of lead guitarist Lars Johansson and new drummer Jan Lindh, combined massive riffs and dark melodies into songs of epic proportions, which were made even more dramatic by Marcolin’s religious lyrics and monk’s habit stage costume. Candlemass repeated this formula with less inspired results on the ensuing albums Ancient Dreams (1988) and Tales of Creation (1989), each of which also saw a noticeable improvement in the production department. The appropriately titled Live closed the golden era of their career with Marcolin departing to form his own band, Memento Mori.
Source: Lambgoat