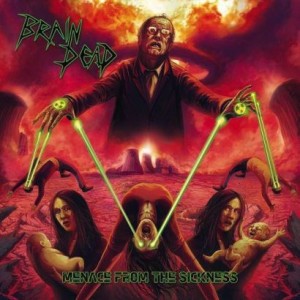 The CD was recorded at Carlo Girardi’s One Black Sock studio and includes a guest appearance from drummer Andy Verga of Italian speed metallers BROKENGLAZZ, on a cover of that band’s track ‘Total Despair’. The cover artwork was created by Marco Hasmann (BEYOND CREATION, FLESHGOD APOCALYPSE), who worked on the previous Brain Dead full-length.