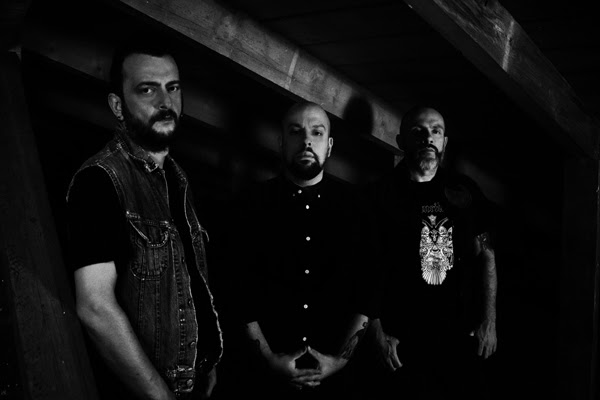 Less than a year following the release of their critically acclaimed second album “Land of Demise”, Greek epic heavy-metal trio BLACK SOUL HORDE are back with a new full-length titled “Horrors From The Void”.

Produced and mixed by guitarist John Tsiakopoulos at Mothstudio Productions in Athens, “Horrors From The Void” was mastered by Mario Methenitis at Loud Monster Mastering and features the talents of Vasilis Nanos as session drummer.

Heavily inspired by the Lovecraftian universe, “Horrors From The Void” presents eight new tracks full of heavy riffs, killer hooks and epic melodies and is set for release on CD featuring two additional extra tracks and digital on November 10th via Vinyl Store. A vinyl release is tentatively set for early 2022. Pre-orders will announced soon.