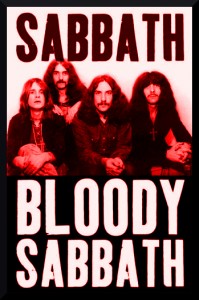 The heavy metal group formed in Aston in 1969 – and have reunited for a new album and tour which starts later this year and takes in a headline slot at the Download rock festival at Donington Park, Leicestershire.

Now their unique place in the city’s musical history could be celebrated with a day devoted to the band, if council officials follow the recommendation of a new report which urged the city to cash in on the renewed interest in the band.

The Destination Birmingham document said: “Black Sabbath’s reunion and their agreement to headline Download Festival in June is an opportunity we should not miss.

“Early discussions are taking place about how best the city should celebrate this and the council should be supporting any celebrations.”

The four-piece revealed last week they were planning to finish writing their new album back in Birmingham, while guitarist Tony Iommi is also battling cancer.

“Given this, it is us saying to the council that we need to celebrate the fact these people come from Birmingham and there could be various ways we could do it.

One thought on “BLACK SABBATH – Birmingham, England To Host A ‘Black Sabbath Day’?”