ShipRocked will sail roundtrip between the Port Of Miami and Great Stirrup Cay in the Bahamas from February 2-6, 2015 onboard the Norwegian Pearl.

For the first time, ShipRocked guests are invited to start their vacation early with the ShipRocked Super Sail Away Pre-Party on February 1, 2015. The Pre-Party will feature Chevelle’s only ShipRocked performance, as well as sets from Sevendust and Wilson. 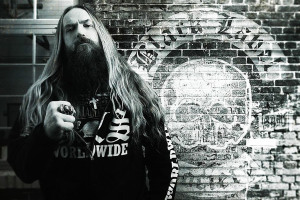 For the Super Sail Away, cruise guests will avoid boarding lines by checking into their cabins during the day on February 1. The cost is about the same as a hotel room, food is included, the Super Bowl will be shown on big screens, bands will perform, and guests can check out the bars, get pampered in the spa, and gamble at the casino (while at sea).

For the Pre-Party, the Norwegian Pearl will set sail in the evening on February 1 and will return to pick up additional ShipRocked guests the next morning. Those already onboard will have the luxury of sleeping in while others are boarding. Cabins for ShipRocked 2015 are on sale now at ShipRocked.com.

“It’ll be a blast to rejoin my fellow badass Metal Allegiance compatriots on ShipRocked 2015,” says Philip H. Anselmo of Metal Allegiance. “Expect more blasts from the past, plus some killer musicians amongst the awesome atmosphere of jamming on the water! Come out and jam with us!”

Mike Portnoy of Metal Allegiance explains, “After the recent debut of Metal Allegiance, we couldn’t wait to get back together and throw down again! We’re fans just like everybody on the other side of the stage watching us. We all love this music and Metal Allegiance gives us a chance to hang, jam and have fun with this unique brotherhood of metal.”

“ShipRocked is about great live music, and it’s about the fans. The way that crowds have responded to Limp Bizkit’s return to the stage – and the way the band has embraced its fans during those performances – truly epitomizes that spirit. And Metal Allegiance is a band of world class musicians, heavy metal legends in their own right, performing not just for the fans, but AS fans of the great hard rock and metal tradition that’s helped to shape so many of the bands that we have on board this year,” says event producer Alan Koenig of ASK4 Entertainment.

Each ShipRocked is a once-in-a-lifetime experience that provides guests with the opportunity to vacation with their favorite bands, meet new friends, and reunite with old friends year after year. On any given day, guests might find themselves dining, drinking, rocking out, swimming, working out, or gambling alongside their favorite rock stars. The full-ship charter provides a one-of-a-kind experience for guests to have the time of their lives with thousands of like-minded friends.

Guests will spend two full days enjoying concerts and activities on a private beach on Great Stirrup Cay in the Bahamas (http://www.ncl.com/freestyle-cruise/great-stirrup-cay). The island features a large performance area on the beach with full production for rock shows and offers various island excursions such as parasailing, snorkeling, canoeing and more.

ShipRocked guests will enjoy multiple performances from every band on different stages throughout the ship, artist meet and greets, Q&A sessions, along with artist-hosted activities including contests, game shows, insane parties, theme nights and more.