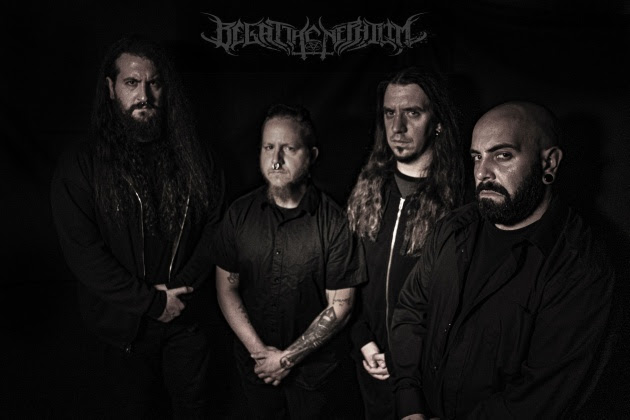 Southern New Hampshire based blackened melodic death metallers BEGAT THE NEPHILIM are about to get set for the release of their sophomore studio album, entitled II: The Grand Procession, out on October 29th via Noble Demon. With a modern blend of heavy riffs, ripping solos and soaring guitar melodies, the band’s upcoming full-length record is a relentless yet uncompromising affair and a worthy successor to their critically acclaimed 2018 debut I: The Surreptitious Prophecy / Mother of the Blasphemy.

“This song is a dedication to my father, whom I lost right before we released our debut album. It directly deals with the pain of a lost loved one and the grieving process I went through” vocalist Tyler Smith explains.

Formed in 2012, BEGAT THE NEPHILIM have shared stages with high profile acts such as DEICIDE, KATAKLYSM, SOULFLY, SUICIDE SILENCE, NAPALM DEATH, SUFFOCATION, MORBID ANGEL and many more, as well as participating in tours/festivals across the US, such as Summer Slaughter and the New England Metal and Hardcore Festival. With their heavy yet melodic, anthemic and technically impressive sound, as well as their frenetic & chaotic live performances, the band successfully established a lasting impression on crowds across the US.->II: The Grand Procession will be coming out October 29th and is available for pre-order at THIS LOCATION