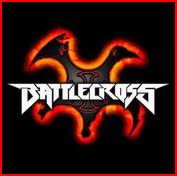 Detroit Thrashers BATTLECROSS have announced that they will enter the studio next month to record their follow-up to their 2011 Metal Blade debut Pursuit of Honor, which topped the Sirius XM Liquid Metal charts, garnered great reviews and earned the band high profile tours, including last summer’s Trespass America Festival Tour with Five Finger Death Punch, Killswitch Engage and Trivium. The band will begin recording immediately after the ‘Another Year, Another Tour’ with In Flames, Demon Hunter and All Shall Perish for 27 North American dates that begins on February 2nd in Ft. Lauderdale.

Battlecross will look to Mark Lewis and crew at Audiohammer Studios in Florida to record their follow up to 2011/2012’s breakout album, scheduled for release in summer 2013. Lewis, responsible for the production and/or engineering for bands such as The Black Dahlia Murder, Trivium, Devil Driver, and Deicide said, “I can’t wait to be a part of Battlecross’ next record. From the moment I heard the band I knew I wanted to be a part of their development. Hearing the new music has only solidified that feeling. Working with our good friends at Metal Blade and bringing great new music to the masses is what it’s all about.”

Eyal Levi will handle engineering duties on the record and Armored Saint’s Joey Vera, who mastered the band’s cover version of Pantera’s “Fucking Hostile,” will master.

Guitarist Hiran Deraniyagala says the band is “stoked to be working with a prolific studio and producer at Audiohammer. We’re so focused on making a killer follow up album and we feel that Mark Lewis will help bring our raw, live sound to life.”