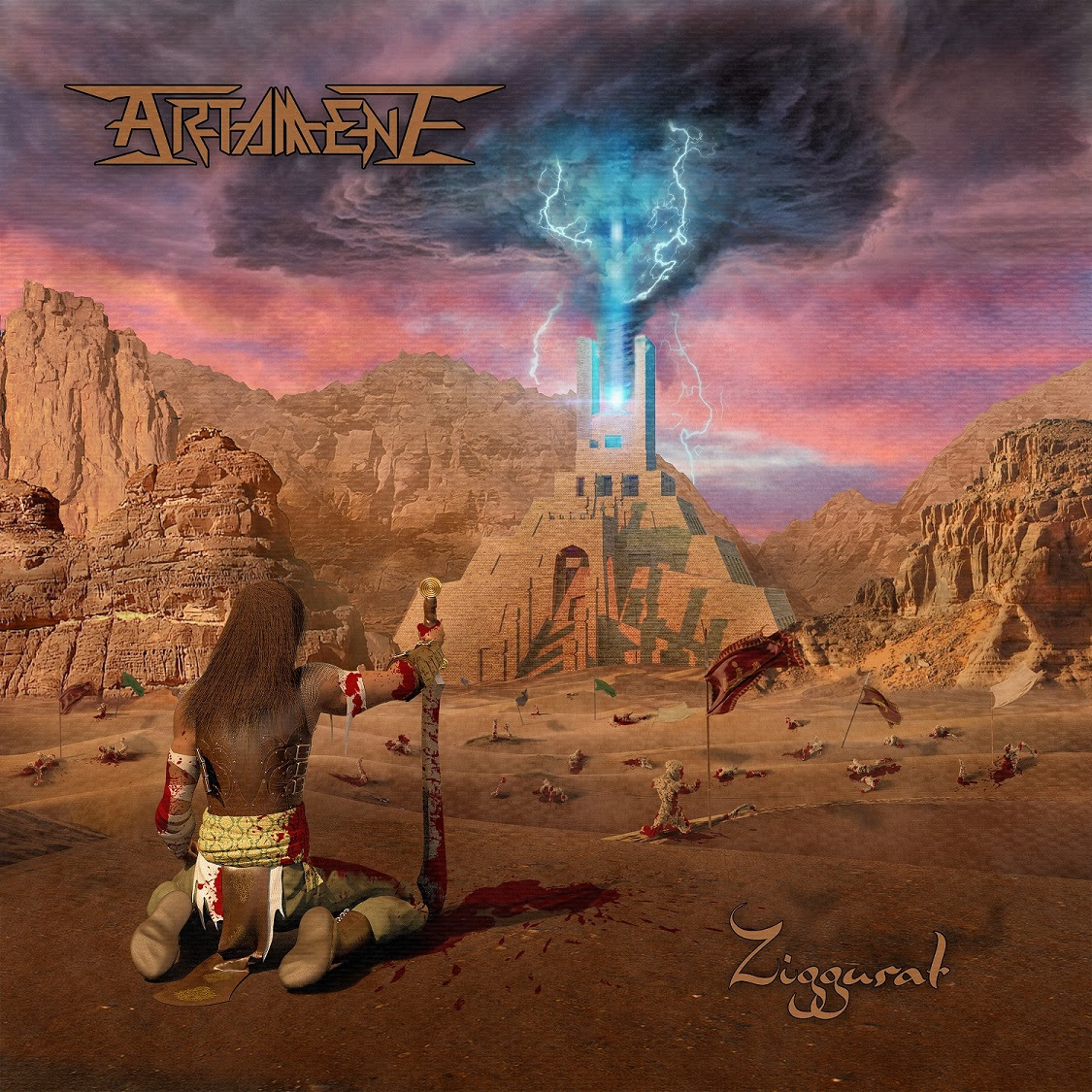 Iranian Thrash Metal Warriors ARTAMENE have signed with Wormholedeath Records a licensing deal for their new album “Ziggurat” due for release on January the 21st, 2022.

“Artamene are extremely honored and excited for being part of WormholeDeath family. We have high hopes for continued success here. Long live Metal!”

Through a childhood passion for Metal, the 2 brothers honed their talents by jamming and covering their different influences through childhood. This only fueled their passion and solidified the need for a formal band. Today Pedram, Pooya,Yahya along with Soheil Avakh (Vocals) and Ali Karimi brave through and risk it all for a fuel-driven passionate band called ARTAMENE! Iran is one of the last frontiers where Metal Music and its fans have to break down barriers of prejudice and legal persecution under the false pretenses of Satanic Worship and other paganistic rituals, Artamene has set out on a difficult path of breaking barriers and scaling the cliffs of prejudice. Since its inception, Artamene has, in only a couple of years, quickly risen to perform in front of crowds of 500+ people.

In a world in which mankind struggles with depression, betrayal, fear, and darkness,waiting for a savior to lead their way to utopia, their lives perish in empty hope. They sacrifice their lives on each step of the infinite Ziggurat staircase to keep motion in this mayhem until they reach salvation and the rain will wash their suffering away.Let your hearts shine through this blackened earth and set out on the difficult path of breaking barriers and scaling the cliffs of prejudice.

This album starts with “Infinite Escape” which describes a man who is hopeless with no will to continue so he took the risk to see what tomorrow brings for him and came out of his lonesome but the fear still remains as the second track which is called “Fear of Darkness” begins. darkness still wants to bring him back so he has to deal with the chaotic world if he doesn’t want to be the man he used to be, and that’s how the third track “Heavy Motion” begins. he has to continue his journey through the flames and the fire and save his anger for doomed men of freedom. at this stage, revenge becomes easy when they want you to be destroyed, so that what we are talking about in track number four “Mayhem”.”Shining Black” is the next one which is an instrumental track that resonates the feeling of all we have seen and felt through this journey till now. We are at the top we have reached “Inshushinak” god of the dead and the world beneath just like Hadith the ancient Greek god, but he is a god from ancient Shush an area in Iran. now we have seen everything. we are at the top of the world and it’s time to fall down and join the almighty Inshushinak. The death is near! and that’s how the two next track at the end of the album begins, “Rain of Paradise”and “Petrichor”. It’s time for rebirth, a new life, a new start. and that’s how life goes on. Ziggurat is based on Iranian ancient mythology which we tried to show human life in the era that we are living, especially ourselves as an Iranian metal band who are labeled as satan worshipers and accused as an anti-cultural wave and relate it to the storyline which was told.