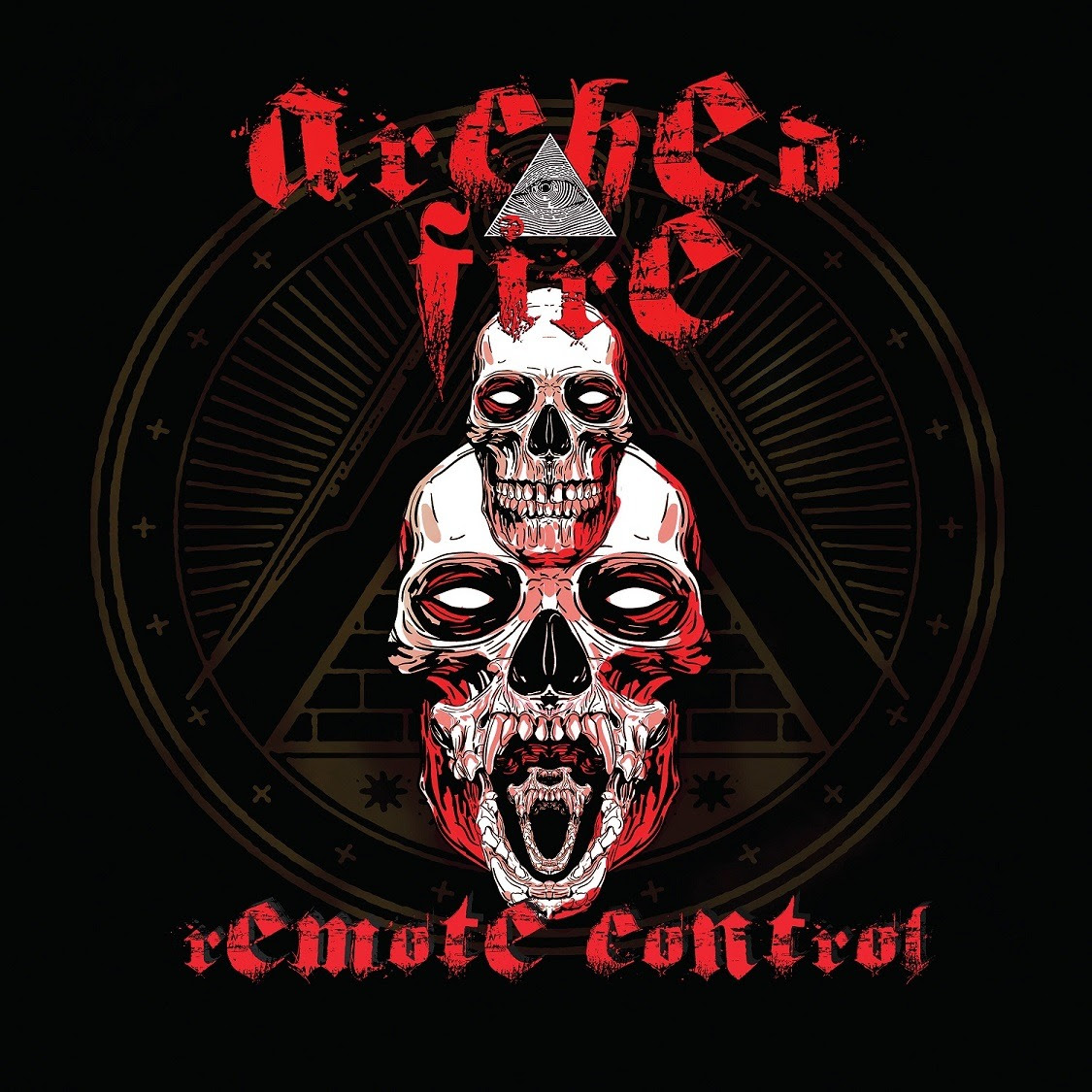 Finnish metallers ARCHED FIRE are proud to announce the signing of a deal for the distribution of their debut album “Remote Control” due for digital release on 30 04 2021 via Wormholedeath.

BAND COMMENT ABOUT THE ALBUM: Remote Control is ARCHED FIRE’s first album. We were working on it throughout the year 2020. Most of the time was spent on writing songs. We created new music, wrote lyrics and developed some ideas and concepts from the band’s early days. The music is straight-forward and in-your-face; speed metal meets heavy metal. A lot of the songs are dealing with themes like power and control on different levels and from different angles – thus, Remote Control. It’s a fitting title also because we often had to co-operate from distance (for obvious reasons). Check out the album trailer HERE.

COMMENT ABOUT SIGNING TO WHD:We’re happy and honored to sign with WormHoleDeath. When we first started writing and recording the album, we were basically doing it for ourselves, just to tie up some loose ends from years ago. However, when it was ready, we knew that such a great metal record deserves to be heard all over the world. WormHoleDeath will make it happen!

Formed in the small town of Kemijärvi in Finnish Lapland in 1989 by Aslak Purojärvi (drums), Mika Rytilahti (bass), Janne Särkelä (guitar) and Ari Väntänen (guitar), Arched Fire started from scratch. ”We were 14, 15 years old and had no idea what we were doing, but we did it all in the right order: 1) formed a band 2) bought the instruments 3) learned to play. And we always wrote our own songs.” Having started as a heavy rock band, they soon steered towards harder and darker metal, inspired by American and Finnish speed/thrash bands. ”If our generation had a punk revolution, that was it. Speed/thrash was a real game-changer.” Meanwhile, the global metal scene started to take shape – not that the guys knew much about it. ”There was no metal scene whatsoever in the middle of nowhere. We played a handful of gigs with local pop and rock bands that sounded nothing like us. A radio DJ called us ‘heavy speed’ because he didn’t know what our genre was called, which we thought was hilarious. But it was all great; we even got to play live on the air twice and didn’t even think it was a big deal or anything!” Along with some live and rehearsal recordings, Arched Fire made a four-track demo. When it was (favourably) reviewed in the Finnish rock press in late 1990, the band had already split up. ”It was our first real band, and we were just teenagers. Things changed fast and life went on, and all we really needed was someone to buy us some beers. But although we went our separate ways, we never forgot Arched Fire.”