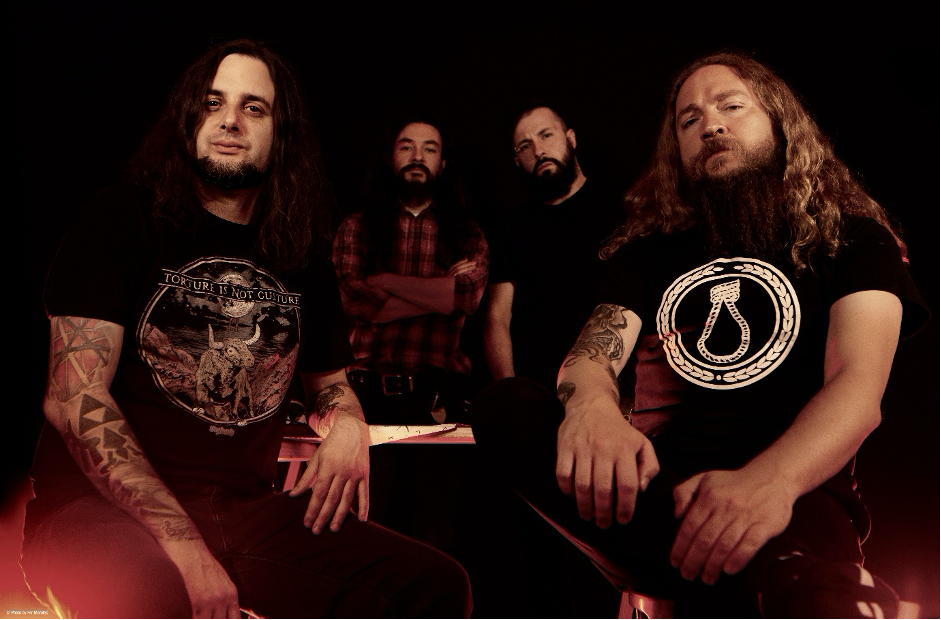 Spain’s leading thrash metal band ANGELUS APATRIDA release their new music video for their hard-hitting track “Childhood’s End”, which was created by Fer Morales / Micoco Graphics. Check out the video HERE or below.

The band continues to promote their self-titled album, which came out last year via Century Media Records. Upon release, Angelus Apatrida managed to top of the official album charts in Spain at # 1, as well as mark the band’s first ever chart entries in Germany at # 49 and Switzerland at # 41.

Angelus Apatrida is available as a download, on streaming services, or to purchase in CD and LP formats, HERE. “We love to write and play straight-to-your-face songs, coming back to our roots; and if it comes with catchy vocals, crazy solos and singable choruses, even better! Here you will find our rawest influences in every part: heavy metal, classic hardcore and crossover and pure thrash metal…Crank it up and call your physiotherapist for an appointment, bang-over alert,” states ANGELUS APATRIDA about the track.

The band added about the music video, “We tried to capture the ferocity of the music and the rawness of the lyrics and put them together in a movie alike videoclip. Our songs are sometimes full of living experiences and they let feelings go out, sometimes we use them to channel our deepest fears and ghosts. And as we can see on movies and TV serials, we think it’s needed to normalize it and show with naturalness tough situations we all see and even suffer in real life. We all deserve to live with dignity, and when time should come we all deserve to die in a dignified way.”

Also, feel free to check out a special “Best Of 2021” streaming playlist that ANGELUS APATRIDA have created, HERE. “Angelus Apatrida” (“/ˈan-je-lus – a-ˈpa-tri-da/”) was produced by the band, recorded with Juanan López in September/October at Baboon Records, in Albacete, Spain and then mixed and mastered by Zeuss (Rob Zombie, Overkill, Hatebreed, Municipal Waste, Shadows Fall) at Planet-Z in Wilbraham, MA, USA. The album once again comes with artwork by Gyula Havancsák (Annihilator, Destruction, Stratovarius) and features 10 songs, sounding more determined, versatile and ferocious than ever before, on the verge of the group’s 20th anniversary of existence.