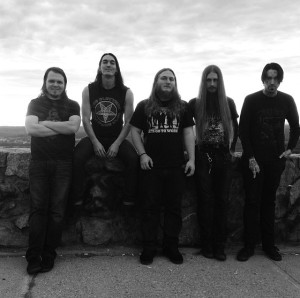 Following its initial digital self release, the band also released a digipak CD version, followed by a 100-copy cassette run via Like Young Records. Now, this Friday, November 30th, ANAGNORISIS will offer a deluxe LP set containing Beyond All Light with re-designed artwork and a custom fold-old packaging on 150-gram 12″ on black, red, and blue vinyl. The pack also includes a copy of the Beyond All Light CD, a printed narrative about the ideas and concepts of the lyrics, signed and numbered by vocalist Zachary Kerr, a live, pro-shot DVD from the band’s set at Louisville Deathfest 2013 and other bonus footage and an 11″ x 17″ stylized poster of the band, all for $25! These sets are limited to 100 and will only be available until December 27th. Additionally, the standard black vinyl LP will be available at a special pre-order price for $18. Preorders will be available at http://music.anagnorisis.com.

The newest wave of ANAGNORISIS live dates have also been declared, as the band will invade several Midwestern American cities during the heart of Winter in early January. Additional new tour actions will be announced in the coming weeks.