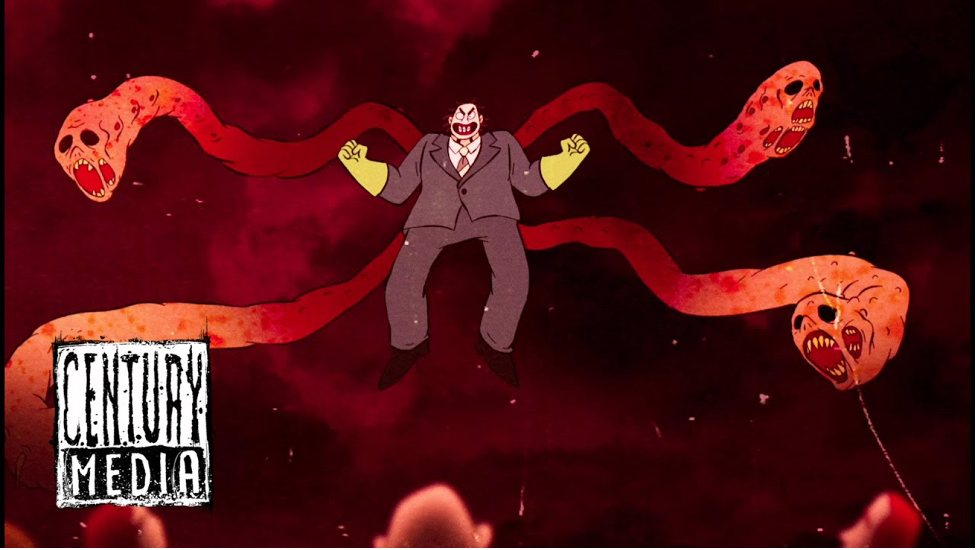 “Alright Maniacs! Today is the day we can finally unleash ‘ManiaCult’ upon you all in its full insanity. Lots of blood, sweat and, well, feces went into this record. We couldn’t be more proud of this piece of shit—a compliment in the Aborted world. Seriously, there are two number two songs here to make up for the lack of ass blast beaters on ‘TerrorVision.’ We hope you guys enjoy listening to it as much as we did crafting it. Writing remotely is nothing new for this international band, but to unleash Wayland Thurston’s insanity upon the world live, we have to kick COVID in the mouth. See you there,” states Aborted’s  Sven. For more exclusive ABORTED content, don´t forget to check out the band’s recently launched fan group ManiaCult, HERE.ManiaCult will be available as CD Jewelcase, Ltd. CD Box (incl. Jewelcase + bonus track, Pop-up card, Metal-Pin & shaped patch), Deluxe Gatefold LP+CD & Poster in various colors and of course on all digital platforms. Pre-orders are available, HERE.

Join the ManiaCult and you can never leave — at least not with your life intact. ABORTED have crafted the perfect soundtrack to this sick sect, which demands human sacrifices to summon Lovecraftian demons. The sinister sound aptly snarls and snakes like the heads that worm their way out from the cult leader’s back. It’s the same type of authority ABORTED have had over the death metal masses for the 26 years since vocalist Sven de Caluwé formed the band in Belgium. As the lone original member, he’s directed the band like a demented conductor: each musician that filters through the ranks a tendril he waves around like a baton. ABORTED are shapeshifters, evolving from blazing deathgrind to groovier fare before settling into a technical approach on death metal. On 11th album ManiaCult, they split the difference between the over-the-top shred of TerrorVision and the dripping dark atmosphere achieved on follow-up La Grande Mascarade. That EP was their first as the current four-piece line-up, rounded out by drummer Ken Bedene, guitarist Ian Jekelis and bassist Stefano Franceschini.