HOW TO KILL ON HALLOWEEN: The ’93 Murder Of River Phoenix 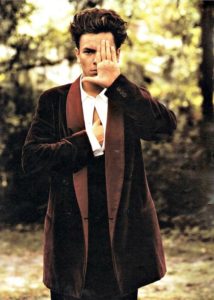 HOW TO KILL ON HALLOWEEN: The ’93 Murder Of River Phoenix

Actor/rocker Johnny Depp is currently a guitarist in THE HOLLYWOOD VAMPIRES. At one time during the early nineties, Depp was co-owner of The Viper Room nightclub where allegedly two mysterious deaths are connected to. The first being late actor River Phoenix… and the second being Depp’s estranged partner in the club who simply vanished into thin air.

Actress Samantha Mathis, who was River’s girlfriend at the time of his death, was part of a recent propaganda piece fed to the public that I believe begins to help us connect the dots in what looks to be a very complex premeditated murder scenario.

It is my belief that the actress lured Phoenix to his death at the Viper Room, where...

HIGH ON FIRE – Drop Off “Speed of the Wizard” Tour 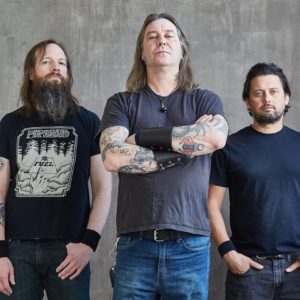 HIGH ON FIRE will no longer participate in the 2018 “Speed of the Wizard Tour,” which they were to co-headline with Municipal Waste, due a “medical emergency” involving frontman Matt Pike. The band has provided the following statement:

“Matt has a medical emergency culminating in the partial amputation of one of his toes. The scheduling of this procedure is immediate and the recovery time will overlap our intended tour with MW. We will unfortunately be unable to participate in this tour but will be back stronger than ever in 2019!”

The tour itself will continue on without High on Fire as scheduled.

Municipal Waste comments: “First and foremost we wish our friend Matt the best of luck with his recovery. We need him, the metal world in general needs him...

THE TITANIC SACRIFICE: Was It Doomed From The Start? 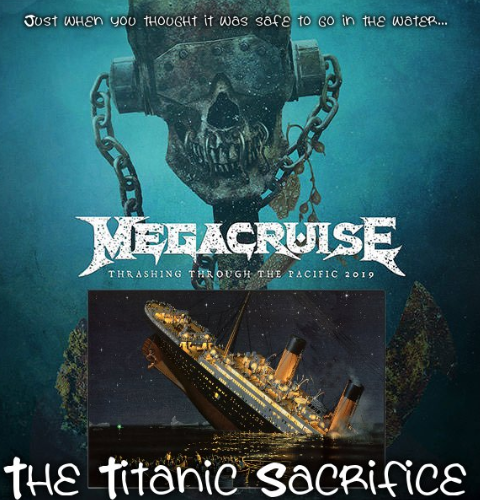 THE TITANIC SACRIFICE: Was It Doomed From The Start?

Each year, hard rock and heavy metal fans flock to board various cruise ships all around the world to celebrate their love for the best music on the planet. On these luxury cruise ships, people get to enjoy their favorite bands jamming on the deck right in front of them while the crashing waves of the sea fills the background.

Now Dave Mustaine’s legendary MEGADETH band is joining the parade with the inaugural Megacruise set to launch in 2019, along with the long running 70,000 Tons Of Metal cruise that sets sail annually to some of the most tropical locations imaginable.

Back in the year 1912, the RMS Titanic set sail on its maiden voyage… only to hit disaster, when the largest ship ...

SOILWORK has unleashed another new track from their forthcoming album, Verklighteten, which is due out on January 11 through Nuclear Blast. The official music video for new single “Full Moon Shoals” can be viewed HERE.

SOILWORK is a band that has been through a lot. We don’t have to try and tidy things up by using clichés like personal and/or musical differences. It has been hell. We have lost loved ones and significant others have fallen ill. We are not young anymore, and our reality these days is the hellhounds on our tails, the ghosts in our subconscious and the coldness of existence that starts eating at your soul the very day that you leave the womb. We can no longer escape the fact that we’re vulnerable to the shortcomings of life itself. 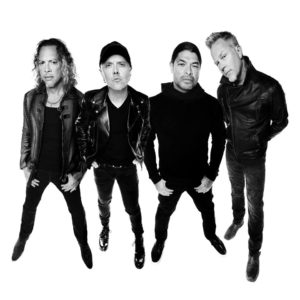 METALLICA continue to release videos from their WorldWired Tour – this time it’s “Holier Than Thou” a track off their 1991 self-titled album, known as the Black Album, from State College, PA at Bryce Jordan Center from October 20th. View HERE.

Formed in 1981 by drummer Lars Ulrich and guitarist and vocalist James Hetfield, Metallica have become one of the most influential and commercially successful rock bands in history, having sold 100 million albums worldwide and playing to millions of fans the world over. They have scored almost a dozen multi-platinum albums, including 1991’s Metallica (commonly referred to as “The Black Album”), which is the best selling album in history of Soundscan scanning almost 15...
Read More 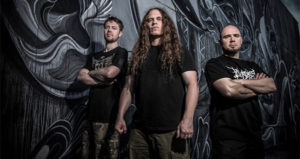 HATE ETERNAL is streaming their new album, Upon Desolate Sands, in its entirety. The effort hits stores today, October 26 and can be heard online HERE.

Regarding the album, Hate Eternal mastermind Erik Rutan comments: “Finally, the release of ‘Upon Desolate Sands’ is upon us! This is one of many defining moments for Hate Eternal and we could not be prouder of what we have captured, created and accomplished. We put everything we have into this album to create a very special record, encapsulating the musical soul of the past while still forging forward with new ideas and an expanded musical spirit. We believe that every song on this album really shines with its own unique vibe and aura, capturing the essence of who we are and continuing the legacy of Hate Eternal... 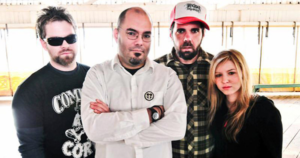 Vocalist Kat Katz, who first joined grindcore outfit AGORAPHOBIC NOSEBLEED in 2007, has now exited the band acrimoniously. According to Katz, she was being bullied and disrespected by her bandmates:

Agoraphobic Nosebleed has subsequently issued the following statement on the matter:

“We’ve had some disagreements with Kat about how we should interact in the band, and as a result she quit. We wish her well with music in the future.

“Scott has some writing and recording to wrap up with Pig Destroyer, and after that he’ll start writing music for the next ANb record.”

As with many legendary endeavors, what eventu...

STATIC-X – To Reunite For A New Studio Album

This is not a hoax. STATIC-X have reunited for a new album titled “Project Regeneration” with initial plans also being laid for a world tour. The reunion will of course take place without frontman/guitarist Wayne Static, who passed away in December of 2014 due to a fatal mixture of prescription drugs and alcohol.

Static himself won’t be absent however with the album to feature his final studio recordings and compositions...
Read More 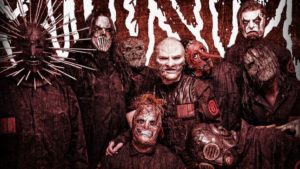 SLIPKNOT have announced a 2019 UK and European tour, after promising fans a new album next year.

Frontman Corey Taylor has been teasing the band’s return and after announcing their first show of 2019 at their hometown in Iowa, they’ve released a string of European dates. The group will be playing a string of festivals, including a stop headlining Download 2019, alongside Tool and Def Leppard. You can see the band’s full European schedule below. 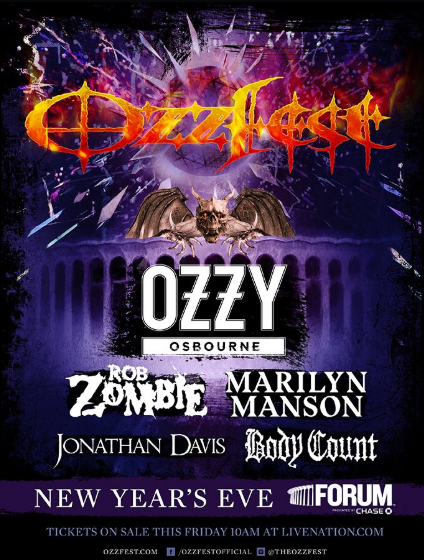 Are you ready to bang your head at this coming New Year’s Eve Ozzfest gig? The main stage acts have been announced!

The mayhem goes down at the Forum in Inglewood, California… bring a body bag or two, eh?

2nd Stage Lineup & More Info Coming! On sale Fri at 10am on @Ticketmaster!

Ozzfest is an annual festival tour of the United States (and in some years, Europe) featuring performances by many heavy metal and hard rock musical groups. It was founded by Ozzy Osbourne and his wife Sharon Osbourne, both of whom also organize each yearly tour with their son Jack Osbourne...