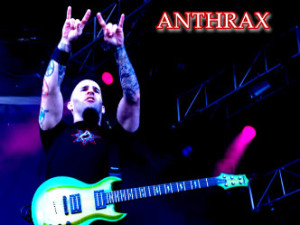 The Smithsonian Institution’s National Museum of American History has just posted a video profile of ANTHRAX. Check it out HERE.

The clip, titled “How New York of the ’80s Helped Influence Anthrax to Create East Coast Thrash,” is released as part of the Smithosonia’s Places of Invention exhibit’s interactive online map.

The new Anthrax full-length album “For All Kings” is due out February 26th (Megaforce/North America, Nuclear Blast/International).

HELLBASTARD will be touring the U.S. next month on a short run of live invasions. Slated to commence in Austin, Texas at The Lost Well on February 18th, the band will pillage their way through nine municipalities, closing the tour with an appearance at Bad Ass Weekend at Eastdown Warehouse in Houston, Texas on February 26th. Additional support will be provided by Warwound and Nerve Damage.

RITA HANEY – Says Robb Flynn “Got On A Soap Box Because You Were Butt Hurt!” 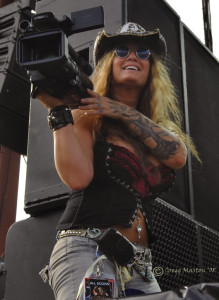 Den Headz, Dimebag’s lady, Rita Haney, has today issued the following statement via instagram, in concern with the totally blown out of proportion “Click bait” story at Blabbermouth site on Phil Anselmo’s purported use of a Nazi salute and what was assumed to be him saying “White Power”, when indeed he says “Wine Power” as part of an inside joke while everyone was drinking before Dimebash with fellow musician Dug Pinnick, who himself is a black man!:

“So to answer all of you that have asked.. and for those who didn’t.. read if you like, but if not, don’t… I think there is really only one thing to say when a man apologizes.. “Thank you for acknowledging you were wrong” The one apology I am missing is the one from Mr. Flynn....
Read More 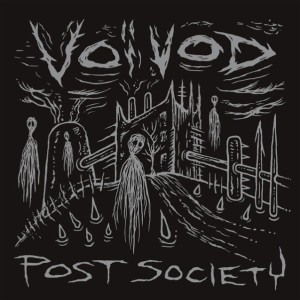 VOIVOD has unleashed the title track of their forthcoming EP, Post Society. The track is one of two new songs on the record and can be streamed HERE. 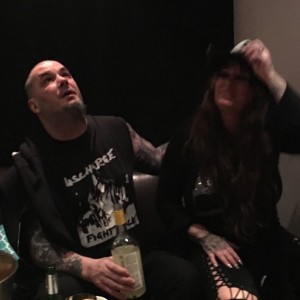 Den Headz, legendary PANTERA/DOWN vocalist Philip H. Anselmo is caught in the middle of a serious shit storm with the rock media at the current moment for his purported use of what is understood to be a ‘Nazi salute’ followed by Anselmo seeming to scream the words “White Power” on stage during the ‘Dimebash’ event in Hollywood, CA that went down this past weekend.

The issue has now totally blown up into a major war of words and a call to “Ban Pantera Music” over what appears to break down to being one giant misunderstanding.

If you look at the above photographic evidence (posted by Rita Haney via Twitter), Anselmo was indeed drinking from a bottle before the ‘Dimebash’ gig that looks to be of the ‘wine’ variety...
Read More 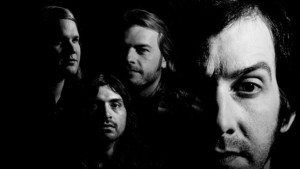 Following the success of their fall tour in support of High Country, THE SWORD announces their spring 2016 High Country tour. Similar to their fall tour, the spring tour will be divided into two legs. The first leg will begin in Tucson, AZ on March 20th and end in Washington, D.C. on April 16th. Support on the first leg will be provided by Royal Thunder. The second leg begins May 7th and runs to May 29th with appearances at multiple festivals, including Carolina Rebellion, Shaky Knees, Rock on the Range, and Rocklahoma. Support on the second leg will be provided by UK buzz band Purson, who will be promoting their debut U.S. album. Additional dates will be announced in the coming weeks. 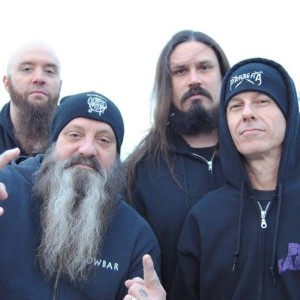 New Orleans’ CROWBAR have confirmed that they will enter OCD Recording And Production in Louisiana on February 17th with producer Duane Simoneaux. The band expect to release the follow-up to their 2014 album, Symmetry In Black, this fall via eOne Music. 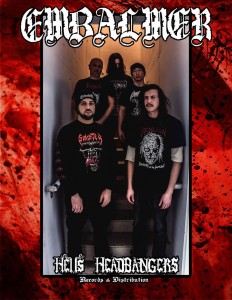 The long-running band’s first album for Hells Headbangers, “Emanations From the Crypt” is both a new start for Embalmer and a return to its classic, core values. In 1995, the band released an EP titled “There Was Blood Everywhere” (of which Hells Headbangers reissued in 2014) on then-death metal powerhouse Relapse Records, forever etching Embalmer’s name into the death metal scene.

Lineup shuffles ensued in the following years, culminating in the band’s debut album, 2006’s “13 Faces of Death,” which is widely regarded (even by the band) as a misstep... 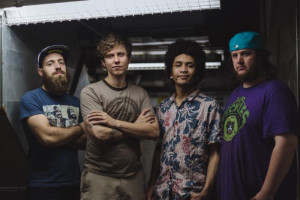 Instrumental tech metal architects, INVOKING THE ABSTRACT, are pleased to announce their union with extreme metal powerhouse, Unique Leader Records, for the release of their debut full-length entitled Aural Kaleidoscopes.

Issues the band, “By becoming part of the Unique Leader Records family, we know, this once dream of spreading our music and influence to a broader more diverse audience, and playing alongside our musical heroes, is now a reality.”

INVOKING THE ABSTRACT is a four-piece unit hailing from Columbia, South Carolina. Formed in 2010, guitarists Tyler Ivey and Evan Garner started composing music for their new project. After the release of their first EP in 2012, they joined forces with percussionist Ryan Meadows and bassist Joseph Carrabotta... 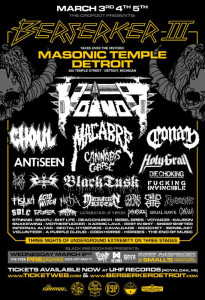 This March, the Masonic Temple in Detroit, Michigan will play host to the annual BERSERKER MUSIC FEST. Now in its third year, the event, a truly DIY affair founded and organized by Child Bite frontman Shawn Knight and wife Veronica, BERSERKER III boasts its most devouring lineups to date with the all-ages three-night/three-stage gala featuring appearances by internationally touring acts like Voivod, Ghoul, Conan, Macabre, Cannabis Corpse and Black Tusk as well as a spattering of new and established Michigan-based artists like Acid Witch, Child Bite, Perversion and Shit Life.

Comments Knight, “It’s a fucking blast putting this thing together. Veronica and I pick all of the bands and organize the entire weekend. I handle all of the art and a lot of the promotion side too...