NUCLEAR HELLFROST – Defaces Dimebag Darrell’s Grave And Brags About It! 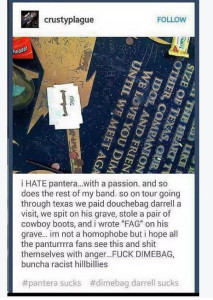 Den Headz, members of a Fort Wayne, IN thrash/death/black metal band called NUCLEAR HELLFROST reportedly disrespected the grave of late Pantera guitarist Dimebag Darrell, then went on Tumblr to boast about it. The since-deleted post (the Tumblr account has been deleted as well) showed a photo of the grave with the following caption:

“I HATE pantera…with a passion. and so does the rest of my band. so on tour going throug texas we paid douchebag darrell a visit, we spit on his grave, stole a pair of cowboy boots, and i wrote “FAG” on his grave… i’m not a homophobe but i hope all panturrrra fans see this and shit themselves with anger….FUCK DIMEBAG, buncha racist hillbillies” 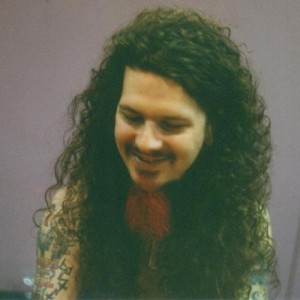 Not surprisingly, it seems as if this fellow has gotten his wish, as a firestorm is currently brewing amongst P... 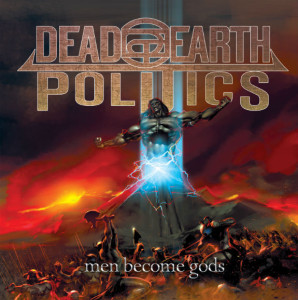 The EP is second in a series of three that began with last year’s “The Queen of Steel.” The track listing is as follows: 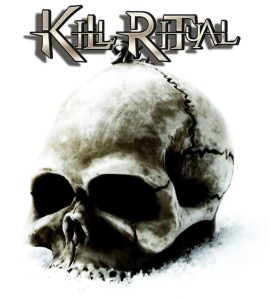 KILL RITUAL would like to welcome David Reed Watson (Rage of Angels, Electric Messiah, D.N.A.) to the band as its new official vocalist. Kill Ritual comments:

“Hailing from Las Vegas, David is a former U.S. marine with a musical career that started in theater and is veteran of numerous live shows and recordings.

“He’ll usher in a new sound and style for the band as they progress forward with some of their heaviest and most melodic material on their soon to be released 3rd yet untitled CD.

“The new CD will once again be recorded by Guitarist Steve Rice and mixed /mastered by Andy LaRocque and his Sonic Train Studios. A Summer 2015 release is expected.”

Miami, Florida’s SHROUD EATER will release their two-song EP, Face The Master, April 7th, 2015 on regular and special-edition cassette via Primitive Violence Records & Visual, as well as a digital download. In celebration of the EP’s release, the band will also be embarking on an eight-day trek up and down the east coast in support of the release. Today, CVLT Nation has revealed the fang-gnashing title track. The master wants you. Is your faith enough?

Stream the killer title track, “Face The Master,” at THIS LOCATION.

THE RED CHORD – Announced For ‘Atomic Music Festival’ In Texas 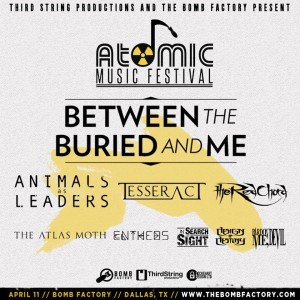 Den Headz, THE RED CHORD’s just been announced for the ‘Atomic Music Festival‘, taking place Saturday, April 11th, at the Bomb Factory in Deep Ellum, TX. Other bands expected to perform at the fest are:

Between The Buried And Me
Animals As Leaders
TesseracT
The Atlas Moth
Entheos
In Search Of Sigh
Design of Destiny
Pardon Me, Devil 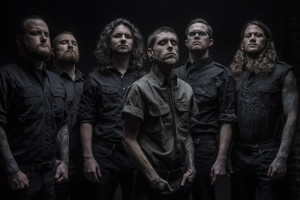 Top 10 Billboard charting metal collective, WHITECHAPEL, will return to the road again tomorrow for the Brotherhood Of The Blade Tour. The journey will take the Tennessee natives from Memphis through the Midwest and includes an appearance at Self Help Fest in San Bernardino, California March 7th alongside The Devil Wears Prada, Pierce The Veil, Stick to Your Guns, The Ghost Inside, and more. For tickets and information, visit selfhelpfest.com.

In conjunction with the tour’s kick off, WHITECHAPEL have unveiled a video for “Let Me Burn,” from their critically-lauded Our Endless War full-length issued last year via Metal Blade Records... 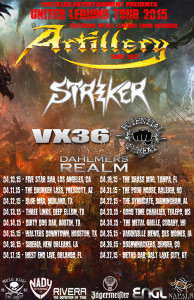 Denmark thrash metal veterans, ARTILLERY, will return to the US this Spring. Set to initiate on April 9th in San Jose, the United Legions Tour will weave its way through seventeen cities before wrapping up on April 27th in Salt Lake City. ARTILLERY will be joined by Striker, VX36, Potential Threat and Dahlmers Realm.

Comments the band: “It’s with a great pleasure that ARTILLERY are returning to the United States, this time as a headliner for the United Legions tour together with Striker and VX36. We cannot wait to play songs from Legions together with our old songs from Terror Squad, Khomaniac and more! Come and join the Legions!” 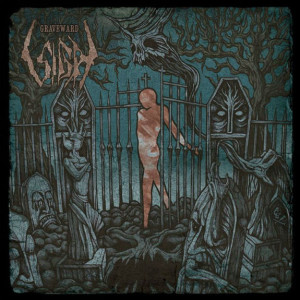 SIGH has wrapped up work on new album “Graveward,” with an official release date to soon be announced. The artwork can be seen abive, and the band also issued this press release:

“Two and a half years were required to finish up Sigh’s 10th studio full-length album ‘Graveward,’ which embraces everything from vintage keyboards such as Minimoog and Fender Rhodes to real orchestral instruments.

“Each song ended up in having more than 100 tracks and the total amount of the sound data exceeded 100GB. ‘Cinematic Horror Metal’ should be the best phrase to describe this most layered grandiose album in Sigh’s history.

“Inspired by a little chat with Fabio Frizzi, well-known for his legendary works for Lucio Fulci’s movies like ‘The Gates of Hell’ and ‘The Beyond,’ ‘Graveward’ was composed as a h... 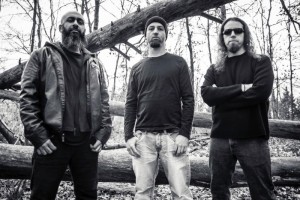 Northern Virginia’s progressive hard rock/metal trio, IRIS DIVINE, has released another new single from their impending debut full-length release, Karma Sown, which will hit the streets worldwide via Sensory Records on March 31st. The opening track from Karma Sown, “The Everlasting Sea” thunders with almost six-and-a-half minutes of sonic enormity, displaying the outfit’s heavier metal influences as well as the more serene and beautiful elements of IRIS DIVINE’s vibrant sound. This new anthem is now available for streaming through an exclusive premiere at PureGrainAudio, who also just published a gear feature with bassist Brian Dobbs.

Explore the depths of “The Everlasting Sea” HERE. 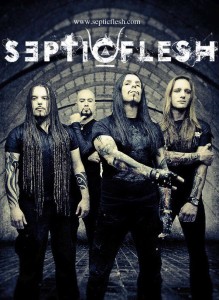 SEPTICFLESH will team up with MOONSPELL and DEATHSTARS for a North American tour run this coming April/May as part of the “Conquerors of the World III” festival tour. Septicflesh is supporting the latest album “Titan,” Moonspell is celebrating the new album “Extinct” and Deathstars is still supporting the 2014 release “The Perfect Cult.”

Confirmed dates, with more expected to be announced are: