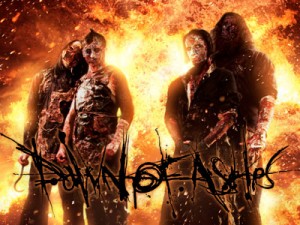 “With the new change in Dawn of Ashes and Kristof Bathory making Dawn of Ashes as his project. Dawn of Ashes will be bringing older elements back from the Dark Electro stages and incorporate it into a new Shock Rock/Industrial Metal sound.

“Dawn of Ashes will be releasing a split EP on May 1st with the Los Angeles based Agressive Drum N’ Bass group ‘Falling Skies.’ The split EP will be titled ‘Hollywood made in Gehenna.’ Make sure to check out Dawn of Ashes and Falling Skies on their mini Mexico tour in June.”

TOXIC HOLOCAUST have announced the details for the band’s upcoming summer European tour. The dates are as follows: 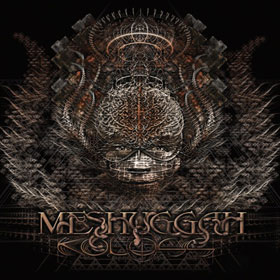 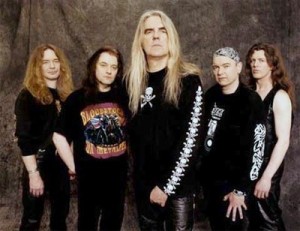 SAXON has checked in with the following announcement about gearing up to record a new album, which is expected to be released early next year:

“Hi everybody! We are very busy these days with the new album and we have already a few ideas together. I am writing melodies and lyrics and arranging them into songs. We will give the rest of the band a break for hols. After that we have a full session in April before heading to the mighty sugar loaf and rock Sao Luis! We are really looking forward to coming back to celebrate an awesome party with our South American fans! Needless to say that the Rock In Den Ruinen Festival in Germany is also going to be great!

“And don’t forget: Our new DVD will hit the stores in April! We are very proud of this product as it reflex Saxon at its best: Big prod...

SLAYER drummer Dave Lombardo has revealed in a new interview that although the band has already written a significant portion of their next album, they will first release a new EP. Specifically, Lombardo had the following to say:

“I don’t know, but we’re going to do a three or four-song EP to keep the fans pacified until we come out with the full-length record. Kind of like what we did with “Psycopathy Red,” which was like a two-song 45.” 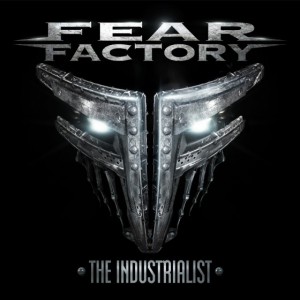 FEAR FACTORY today reveals cover and package details for their forthcoming new album, The Industrialist. Set for North American release on June 5, The Industrialist is a conceptual record based around a story written by vocalist Burton C. Bell. Lyrics to the album’s ten songs divulge the narrative as discussed recently by Bell with Decibel Magazine. The album’s artwork was created by American designer Anthony Clarkson with additional direction from the band. The album will be available on three formats – standard CD, a limited edition deluxe digi-book (featuring two additional songs), and 180-gram double vinyl.

Bell notes, “the protagonist (The Industrialist) is the incarnation of all industries in the form of an automaton... 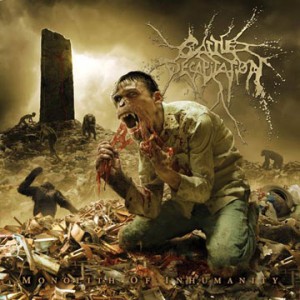 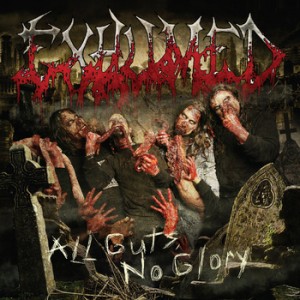 West Coast road warriors EXHUMED will embark on a near three-week stretch of tour dates this May alongside labelmates Fuck the Facts and headliners THE BLACK DAHLIA MURDER. Dubbed The Canadian Ritual Tour, the goretorn ceremonies will begin on May 11 in Madison, Wisconsin and include two weeks of Canadian dates before drawing to a gory close in June 2 in Detroit, Michigan.

EXHUMED recently completed the Grind Over Europe Tour with Rotten Sound and Magrudergrind as well as a short run of UK dates with Anaal Nathrakh. The band will kick off a short run of headlining shows beginning this Friday before heading out with death metal icons/headliners Cannibal Corpse for another month of live decimation on the U.S. Torture Tour 2012 with labelmates Abysmal Dawn and Arkaik... 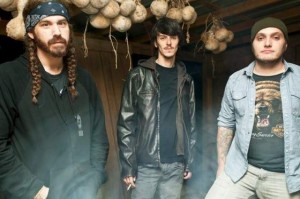 Nashville, Tennessee’s panoramic country crushers ACROSS TUNDRAS will be heading out with the truckers and the kickers and the cowboy angels on a massive American tour this Spring in support of their Neurot Recordings debut Sage. The band also pressed and hand-screened 300 copies of Sage on 2xLP as well as a brand new split 7″ with fellow Tennessee heavy psych rockers Hellbender, especially for these tour dates. Get stoked like a raging prairie fire for the ACROSS TUNDRAS live experience!

The band are still trying to lock down several dates (marked below) so if you have a lead in one of the designated TBA markets and you want to help bring the band to town please email gotannergo@yahoo.com or earsplitpr@aol.com. 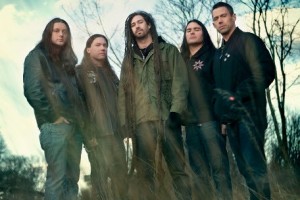 SHADOWS FALL have debuted the title track to their new album entitled Fire From The Sky online. Check it out HERE. The band will release the Adam Dutkiewicz (of Killswitch Engage) produced full-length on May 15th through Razor & Tie.