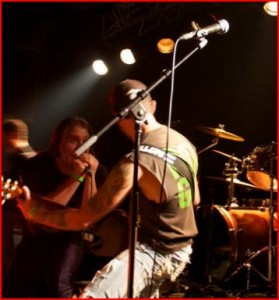 Italian thrash metal band HYADES released a new video clip on October 29, 2011.
The song is “The Moshing Reel”, included in “The Roots of Trash” album, released on 2009 through belgian label “Mausoleum Records”.


The brand new video clip can be viewed at the following address:
http://www.youtube.com/watch?v=x7wTQWkzKSg

HYADES is currently working to the fourth full-lenght album, set to be released during the second half of 2012.

LAMB OF GOD have set January 24th, 2012 as the release date for Resolution, the follow up to their Grammy nominated album, Wrath. Resolution, produced by Josh Wilbur, will feature 14 songs and will come in a deluxe softpak with artwork by longtime art director Ken Adams. The album was recorded in various studios in Virginia and New York.

Pre-orders for the new album begin today at this location and will feature multiple premium bundles. On November 15th, the band will announce the first leg of what will be a 2-year world tour. 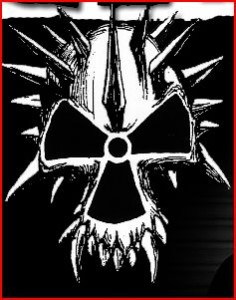 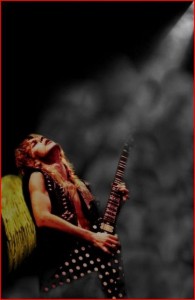 TMD has obtained enhanced audio of OZZY OSBOURNE performing the classic cut “Suicide Solution” during an October 31st concert in 1980 at Dome Theatre in Brighton, England. The listener is also treated to a truly epic guitar solo from the late great Randy Rhoads that is sure to make the hairs on your arms stand up. This amazing piece of rock history is making its debut on You Tube.

God only knows what the six string genius could have ultimately accomplished had he not died tragically at just the age of 25. No doubt, the man is a true legend; one that continues to inspire people to pick up the guitar and learn to play… long after his untimely death. 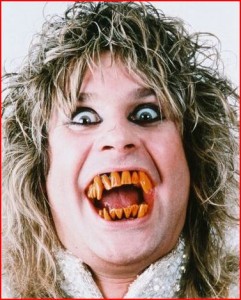 Listen to the historic audio HERE and go f#@%ing crazy! 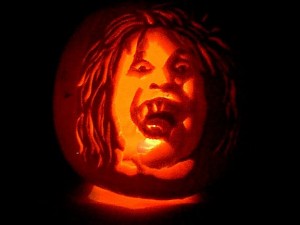 SLAVES ON DOPE are readying a new digital EP by the name of “Careless Coma” for a November 1st release through THC: Music/Rocket Science Ventures. The outing will feature the following track listing:

A new full-length offering from the group by the name of “Over The Influence” will see a release in the spring. 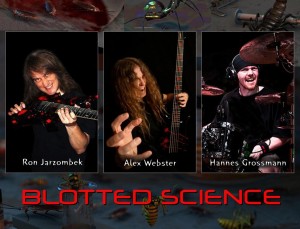 BASICK RECORDS is more than a little bit excited to announce that the legendary BLOTTED SCIENCE have joined their ever growing family of forward thinking and progressive metal acts!

Ron Jarzombek, guitarist and evil genius behind BLOTTED SCIENCE commented:
“I‘m really excited to be partnering with Barley and the Basick Records crew on the new BLOTTED SCIENCE record, ‘The Animation of Entomology’...

Norwegian symphonic black metal band DIMMU BORGIR have released the following statement regarding their upcoming club tour where they will be performing their 1996 classic Enthrone Darkness Triumphant in its entirety as well as a second set of DIMMU classics:

“We are extremely sorry to inform our fans that due to unforeseen circumstances that are out of our control, we will unfortunately have to cancel our show in Hamburg [Germany] on November 10th, 2011. This will have no influence on any of the other shows on this upcoming tour.” 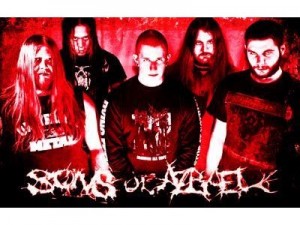 Den Headz, this is some really unfortunate news to report. Tony Lorenzo, guitarist and founding member of Buffalo death metal band SONS OF AZRAEL, was shot by an armed robber while walking in Buffalo’s Elmwood Village earlier this week. The 25 year-old is currently paralyzed from the waist down, with a bullet lodged in his spinal column.

Lorenzo’s friend, Alex Artemas, told WIVB in Buffalo that “[Lorenzo] and I were just walking to a friend’s house, and it was just a complete random hit, came from behind, never saw it coming.”

According to Lorenzo, “The kid asked me, he said, ‘Give me what you got.’ And before I could even get my wallet out, he just shot me.”

You can view WIVB’s full story on the matter here.

RAMMSTEIN’s long-awaited retrospective release, Made In Germany 1995 – 2011, will be available on Dec. 6 through Universal Germany‘s marketing and distribution deal in the US with Vagrant Records.

Made In Germany 1995 – 2011 will be available in three different editions:

* Super Deluxe Edition: 2-CD (Best of Album and Best of Remixes) as well as 3 DVDs (including the full Rammstein video catalog, all previously available “Making of” and 8 unreleased “Making of” videos) packaged in a steel box complete with a 240-page booklet. Limited to 1200 copies in the US.

All songs and videos on Made In Germany 1995 – 2011 have been re-mastered for this release.

SARGON is proud to announce the addition of bassist Kelly Conlon (Ex DEATH/MONSTROSITY) to its official recording and touring lineup. The band now features:

SARGON performed live in the USA for the first time on Sept 23rd, 2011 at The Goathead Saloon (in Arizona) on the date of its debut album’s “In Contempt” official release by Old Cemetery Records.

By clicking on the link HERE, you can check out an entire song off the CD release show plus pre-show footage which was uploaded to Sargon’s official You Tube channel.

The band is currently working on new material for a new EP scheduled to be released in early 2012, and will perform at this year’s Goregrowler’s Ball Fest in San Antonio, Texas on November...
Read More
Next Page