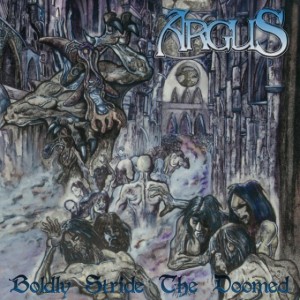 Italian heavy metal label Cruz Del Sur Music confirms May 3, 2011 as the official release date for the sophomore album from Pennsylvania-based ARGUS! Entitled Boldly Stride The Doomed, this is the first release from ARGUS via Cruz Del Sur. View the album’s cover art and more at this location.

Den Headz, Swedish black metallers MARDUK recently completed recording three new songs for an upcoming EP. Dubbed Iron Dawn, the EP is set for release via Regain Records on May 27, 2011, at the Maryland Deathfest where the band will make their long-anticipated appearance. The EP will also be available at the six additional North American shows to follow with a worldwide street date of May 30, 2011.

Additionally, the EP will be issued as a digipak and on 12” vinyl (limited to 500 copies worldwide). Further details to be announced soon.

IN FLAMES – Signs With CENTURY MEDIA 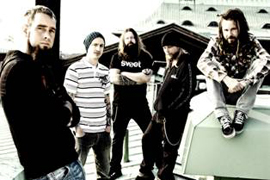 “This is number 10….. Album number 10!!!!! That we even made it this far, that is amazing. Then, to deliver the album of our career, that is something else….. It’s fast, slow, heavy and mellow. It’s happy, sad, angry and calm. ‘Sounds Of A Playground Fading’ is everything we ever done on crack (it’s a metaphor boys and girls), it’s cask strength whisky when it’s THAT perfect moment. Use and abuse!!!!!

By the way, we are happy to be in bed with Century media...
Read More 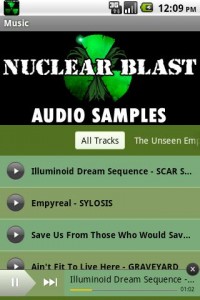 Since 1987, Nuclear Blast Records has been and continues to be the home to some of the most extreme and diverse acts around the planet. Bands such as the ones listed below (among countless others) have helped pave the way for the metal genre and establish our label as a prominent figure among the metal community throughout the years:

Den Headz, get ready to have an even more rocking experience at the official online home of METALLICA. Here is the word: “As you may have read previously, the hard working web crew has been hunkered down at HQ building a brand new web site for all things ‘Tallica and finally here it is!

We’re pretty damn excited to bring you the new and expanded version of Metallica.com. What do we mean by expanded? Well, we folded all three of our sites (metallica.com, metclub.com, metontour...
Read More

Now is your chance to check out the streaming of HAVOK’s upcoming Time Is Up full-length in its entirety! Time Is Up has been flooring fans and critics nationwide with its unapologetic hailstorm of thrash metal anthems! Confirmed Blabbermouth in a review of the record this weekend, “Don’t lump HAVOK in with the steaming pile of retro wannabes stinking up the scene; the Colorado clan is now a member the Real Deal Club. The case was made and closed with Time Is Up, an album that will end up one of the very best thrash metal releases of 2011.”

Time Is Up will be unleashed to the North American masses tomorrow, March 29, 2011, via Candlelight Records. In the meantime, check out the stream by pointing your browser HERE.

After wrapping up a su...
Read More

Den Headz, SLAYER and ROB ZOMBIE have announced a co-headlining summer tour of North America, with EXODUS in support. Here are the confirmed dates: 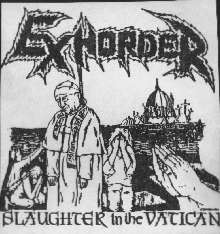 Often cited as one of PANTERA’s main influences, EXHORDER never acheived the commercial success of Anselmo and Crew but metal purists will tell you the influence shouldn’t be dismissed as metal folklore.

Defining what many call the “Thrash / Groove” metal sound, EXHORDER’s southern roots garnered a strong “Pre-Pantera” underground following and recently the band had come back together to begin a new assault on the music scene.

While details remain unavailable, Exhorder appears to have suffered a devastating setback in the passing of bass player Frankie Sparcello recently and so far the future remains uncertain.

For those unfamiliar, it’s worth a look back at the bands history and sound…for those who know, nothing more need be said.

THE BLACK DOTS OF DEATH have made their new track “Uncertainty” available for streaming online via their official website, www.theblackdotsofdeath.com. The groups debut album “Ever Since We Were Children” will see a release this coming Tuesday, March 29th, through Sopra Evil/Rocket Science Ventures.

THE GATES OF SLUMBER have set a May 10th release date through Rise Above/Metal Blade for their new album “The Wretch”. For now, a new track from it by the name of “Coven Of Cain” can be streamed over at Decibelmagazine.com.

“No heroics this time, no swords; no sorcery. No fantasy. That stuff is OK; it’s fun…whatever, but we don’t feel it these days. This one is all about others let you down almost as much as you let yourself down. It might not make sense to you, but then you probably only have the last two records as a digital download. That, or your world is summed up by someone else’s soundbite.”

The track listing for “Wretch” runs as follows: