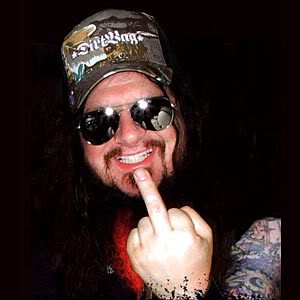 Some fans on Facebook are calling for a one-off reunion/tribute concert or a series of US dates with the surviving members of disbanded Texas groove metal act PANTERA: vocalist Philip H. Anselmo, bassist Rex Brown and drummer Vinnie Paul Abbott. Despite the ongoing rumor in the press recently that fans wanted the band’s legendary former lead guitarist, Dimebag Darrell Abbott, who was killed on stage in Dec/2004, replaced in a new Pantera band reformation, the Facebook Pantera Reunion Tour Cause wants to make it clear that they do not support the idea of replacing Dime, for nobody could ever truly replace the late great guitar God. Honestly, who would ever suggest a thing like that?

The Facebook Pantera Reunion Tour Cause is already closing in on its first 500 fans that have joined!

The lineups for 2011’s “Rockstar Energy Drink Mayhem Festival ” have been announced.

A Jagermeister Battle of The Bands winner will also hit the Jagermeister stage. A number of special guest appearances will go down too. It’s being widely reported that Dethklok will perform in lieu of Megadeth on the July 9th San Bernardino, CA stop.

Megadeth will not be appearing at the tours co-branded July 23rd “Heavy MTL” date.

In addition to the bands, a bunch of killer vendors, video game demonstrations, and the Metal Mulisha will also be around to turn the ...
Read More

Den Headz, today, Swedish death metal legends AMON AMARTH, who earlier this month revealed the track listing and cover art of their upcoming Surtur Rising full-length, unveil the official album landing page. The new website, dedicated exclusively to Surtur Rising, will include album pre-orders for North America and Europe as well as up-to-the-minute news updates, tour announcements, videos and singles leading up to the record’s release. The page currently features a stream of “War Of The Gods,” the opening track off Surtur Rising. Check it out HERE.

The anticipated Creatures From The Black Abyss Tour — featuring Chicago’s black meddlers NACHTMYSTIUM as direct support for CRADLE OF FILTH — embarks this Tuesday, February 1st! The massive expedition will invade 30 North American cities, engulfing the continent in a clockwise vortex over the next six-and-a-half weeks. As NACHTMYSTIUM’s first major tour of 2011, and first tour since their massive North American headlining tour with Zoroaster, The Atlas Moth and Dark Castle last fall, these dates will showcase the unit unveiling much of the material on last year’s incredible Addicts: Black Meddle Part II album which the band have not previously performed live. Check out the full tour schedule below.

Back in the Fall of 2010, vocalist Mauro Gonzalez stepped in at the last minute to front California (USA) thrash act BONDED BY BLOOD through a string of tour dates at the end of the year. Due to the great job he did in delivering for the band on short notice with little rehearsal through a seemingly never-ending schedule of dates, Bonded By Blood is proud to announce Mauro Gonzalez as a permanent member.

Bonded By Blood bassist Jerry Garcia adds: “We would like to formally announce that Mauro Gonzalez is now officially the new frontman for Bonded By Blood. He has shown great promise and dedication in the past few months and we have received great reviews from many old fans, new fans, and well-established musicians throughout our recent North American trek...
Read More

Den Headz, SEPULTURA has begun recording their new album at Trama Studios in São Paulo with producer Roy Z. Here’s a new video update from the band. It covers the first week of recordings: drums. Jean Dolabella gives us an update on the current status of the recording sessions.

Watch the video below!

Following on from the aural assault that was the reveal of the first single from DEVILDRIVER’S forthcoming album Beast – the blistering “Dead To Rights”- today the band reveals another track from the album!!

Plug in your headphones, crank the volume – it’s time to check out “Coldblooded”!!

If you haven’t pre-ordered your copy of the album yet, you can do it now HERE. Single ‘Dead To Rights’ is available digitally now here. Beast is released on February 21st.

In other news, metal clubs across the UK are set to celebrate the release of the album with dedicated club nights and giveaways!! Check out the details below and get the gang together for a night out!! Shai Hulud is currently working on their follow up to 2008’s Misanthropy Pure, but in the mean time, have scheduled a short run of headlining dates along the east coast and Midwest. Along for the ride are Close Your Eyes, Monsters, I The Breather, and Counterparts.

Shai Hulud’s Matt Fox comments, “As always, we are grateful and humbled to be welcomed on any stage in any city. And it’s awesome to be part of this diverse tour package; massive thanks and respect to Close Your Eyes, I, The Breather, Monsters, and Counterparts for joining us and helping to make the tour refreshingly atypical. And what’s more, the tour is in 3D, just like The Creature From The Black Lagoon.”

Finnish melancholy rockers AMORPHIS are currently very busy to record the yet untitled follow-up to 2009`s Skyforger which will be released on May 27th!

Here`s an update from guitarist Esa:

“Dear Fans,
A little updating on what’s happining in camp Amorphis. The album recordings are aheading strict and smoothly (whatever that means…).

We are now working with vocals and again we have Marco Hietala producing Tomi. This time everything else has been done at Sonic Pump studios except vocals which are currently under work at Marcos homestudio in Kuopio.

We are coming out with roughly 15 new songs and for the album there’s most likely going to be 10-11 tracks...
Read More

Den Headz, Earsplit PR is incredibly proud to join forces with Chicago’s infamous murder metal trio MACABRE, as the fiends prepare to eviscerate the public with their first album in eight long years!